Growing Up Catholic in the Twentieth Century 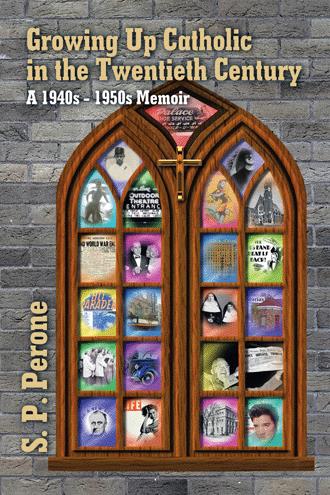 “Bless me, Father, for I have sinned. My last Confession was a week ago.” As a fourteen-year-old Catholic boy, I knew better than to tell Father McConnell my most egregious transgressions right up front. So, after prattling awhile about back-talking at home and other minor indiscretions, I took a deep breath and continued in a low voice, “Father, I had impure thoughts.” I waited on Father’s remarks, acutely aware of parishioners with sharp ears in pews nearby. Father couldn’t see me through the small confessional screen, but I feared he might recognize the voice of a former Saint Mary’s altar boy. “How many times, my son?” he asked gently. “Umm, about eight or nine,” I mumbled. Is it a mortal sin to lie in the confessional? I wondered. Had the Church Fathers ever considered that one? They probably thought no one would ever do it. If so, they were wrong. No way was I going to tell Father that some days nothing was on my mind but impure thoughts. It wasn’t a really big lie. I told him my sins. Just altered the bookkeeping a little bit. “Did these impure thoughts lead to impure acts?” Father continued. “Yes, Father.” There, I had gotten it out. I waited in silence, hoping Father might move directly to the Absolution and Penance. Not this time, though. “My son, was there another person involved in these impure acts?” Father asked. “No, Father.” I fantasized about the day I might give Father a “yes.” After all, I had to be the most frustrated fourteen-year-old virgin in Saint Mary’s parish. “Do you know what’s causing you to have these impure thoughts and acts?” he continued. “Yes, Father.” “What is it?” “Well … uhh … I look at dirty pictures,” I whispered hoarsely. Another untruth. I didn’t need to look at dirty pictures. Dirty pictures weren’t easily found. This was before the days of Playboy magazine or soft-porn movies. Didn’t matter. All I needed was the latest B-movie newspaper ad showing the heroine in a tight sweater. I didn’t want to explain that to Father. I couldn’t even explain it to myself. “Do you realize that you are placing yourself in danger of losing your immortal soul?” Father asked. “Yes, Father.” “Do you know what you must do to avoid this temptation in the future?” “I’m not sure, Father.” “Can you get rid of these dirty pictures?” I hesitated, concerned about Father’s exaggerated idea of my dirty pictures. “Well, then, will you get rid of these pictures?” Father persisted. Finally, I replied, “Yes, Father,” resolving to avoid the movie ads and the Sears catalog of ladies underwear as well. “I’m sure this will help you avoid temptation in the future,” Father continued. “Remember, my son, your body is a sacred temple. When you abuse it, you dishonor God, the Lord our Father. Do you understand this?” “Yes, Father.” “In the future, remember that you must keep your mind and body pure. It is the vessel of the Holy Spirit. Never forget that.” “Yes, Father.” “For your penance, say ten Our Fathers and ten Hail Marys. Now, make a good Act of Contrition.” “Oh My God, I am heartily sorry for having offended thee.…” I began. I made my Act of Contrition as Father murmured his Latin words of Absolution. Finally, he said in English, “Go in peace, my son, and God bless you.” “Thank you, Father.” With a swish and a clunk that could be heard by everyone waiting outside the confessional, Father closed the little screened panel that separated us. As I heard him open the sliding panel on the other side of the confessional—where another parishioner would pour out his or her sins—I got up, slowly opened the door, and exited. I avoided looking at those waiting in line—certain that they knew I was a terrible sinner—as I scurried to my pew to recite prayers of penance.

Parochial school in the 1940s and ’50s. Strict discipline and rigid rules. Everything was verboten—from eating meat on Friday to patent leather shoes. The catechism told us we were sinners; Bible stories told us we would be punished. Teen-agers would struggle with “sinful” emotions and humiliating confessions. Finding ways to circumvent the rules—without the guilt and fear—became this teen-ager’s obsession. It was mid-century America, when one didn’t question authority; when millions proudly joined the army to fight World War II; when those at home gladly sacrificed; and when everything seemed black and white. Coming of age during those times, headed for that ultimate jarring collision with reality, was a humorous-in-retrospect adventure that needed to be told—a nostalgic romp for those who were there and a poignant revelation for those who were not.

Sam Perone has worked in academic and government arenas and as a consultant in the San Francisco Bay Area. He has published numerous technical articles, two textbooks, nine novels and two memoirs. He and his wife live in the Sierra foothills of Northern California. Visit his web site at www.samperone.com.