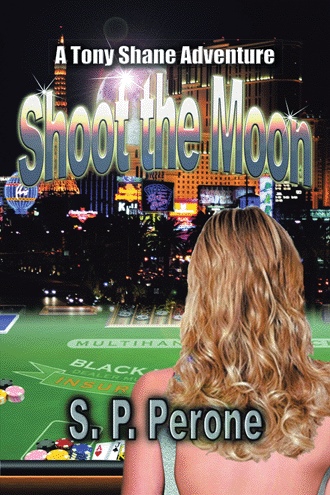 Carothers’ voice rang in Shane’s Bluetooth earpiece. “Karen’s on a Company Gulfstream to Nevada,” he said. “We’ll catch up with her. They know the location of Sharif’s bunker.” “You’re coming too?” asked Shane as he passed another black limo on the George Washington Parkway. Absently he acknowledged the unusually high density of limos in a region that already led the country in that dubious category. “Damn right,” barked Carothers. “I want to be there to nab that sonofabitch.” “Can you make it to Andrews in time?” “I’m already here. Chopper ride. Also had someone pick up your things and bring them.” Shane gave a low whistle. “Can you tell me what’s going on?” “Hell, the whole world will know pretty soon. We’ve lost two airliners.” “Crashed?” “No. Lost. Just disappeared from the ATC screens in Denver.” “What the hell?” “Just the tip of the iceberg. The ATC centers were alerted that the rogue satellite might mess with operations. They’ve put safeguards in place. But corrupted data is slipping through.” “They’ve got to shut down air traffic.” “Sure, but they’ve got hundreds of flights in the air and aren’t sure how to get them on the ground safely.” “What are they doing?” Shane asked, as another black limo changed lanes in front of him, causing him to jam the brakes. “Some pilots are relying on VFR and chatter with other pilots.” “My God!” “It’s a nightmare. Sharif knows his mass assassination plan failed. He’s pissed and he’s flexing his muscles.” “I’m not so sure he knows. I think he had this air traffic chaos planned from the beginning.” “How do you figure?” “Attempted murder of Justice Wilson makes no sense unless he believed she escaped the crash that killed the other justices. And the air traffic chaos is a smoke screen for whatever he’s planned next.” “Hmm, you may be right. No matter. We have to get him before he does any more damage.” “Are you sure he’s in Nevada?” “That’s where I’d be … thinking nobody could find me. Orchestrating death and destruction like a goddam symphony.” Shane hoped Carothers was right. But Kramer’s last words echoed in his mind. The game had changed, but how? And until he knew, he would say no more. “Did the spy planes locate the site?” Shane asked. “Yeah. Abandoned nuclear test bunker that dropped off the DOE’s surveillance list. We’ve got a probable layout.” “How long before they realize we’re on to them?” “I’m counting on blind-siding him.” “Nevada’s a long way off.” “We’ve got an FBI special tactical team on the way now. Nobody’s getting out of there.” “It’ll be five, six hours before we get there.” “More like a couple, Tony. We’re hitching a ride on the ST-25.” “What’s that?” “Supersonic transport. Lockheed built it as a prototype. Top Secret.” “How fast is it?” “That’s classified, but I hear it can push Mach 4 in second gear.” “Christ! They don’t let just anybody fly in something like that!” “It’s not a combat aircraft. It’s literally a transport—designed to carry old farts like the Joint Chiefs from place to place in one hell of a hurry.” “Will we have to put on space suits?” “I doubt they have one in my size,” quipped Carothers. Shane laughed, despite himself. “What’s our job? Karen and I?” “You’re the only two that understand how the hacker—this Jamal guy—breached the satellites. You’ve got to shut them down without losing the forensic cyber evidence.” Shane saw the turnoff to Reagan Airport where he would rendezvous with the waiting chopper taking him to Andrews. “I’ll see you in a few,” he said and terminated the call. Then he called the only person who could get what he needed.

Professor Tony Shane is attending a Las Vegas computer conference when he encounters a new university faculty colleague, the beautiful and mysterious Karen Sloan. Unfortunately a mesmerized Shane has no idea that she is about to draw him into the exotic world of high-stakes gambling and transform his life forever.

Soon, gambling losses force Shane to submit to an international boss, Giacomo Corsi, who wants to utilize Shane’s access to an ultra-secure government computer. As Shane is plunged into the midst of a chilling plot that threatens to throw the country into a chaotic death spiral, he must call upon his old connections—an off-and-on lover, a tough CIA deputy director, and a mob boss—to help him fight off controlling gambling czars and secretly expose a mysterious madman’s diabolical scheme. But as a frantic race begins to avert a catastrophic attack, Shane suddenly becomes aware that nothing is what it seems and that Karen is hiding a very dark secret.

In this compelling crime thriller, a professor suddenly finds himself drawn into a deadly trap amid the high-stakes world of gambling where he must attempt to stop a horrific plot from unfolding across America.

S. P. Perone is an award-wining writer and consultant who has published numerous technical articles, two textbooks, eight novels, and a memoir about his life as a professor in the 1960s. Perone and his wife live in the Sierra foothills of northern California. Visit his web site at www.samperone.com.