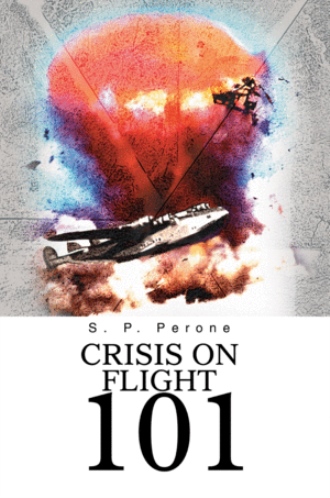 Upon inadvertently discovering telepathic time travel, the rogue leader of a secret society of scientists threatens to re-write American history and virtually flip the world upside down with one cataclysmic stroke!

When Professor Tony Shane discovers that his research has been stolen to further this monstrous terrorist threat, he and his young research associate, Andrea Martin, join a CIA mission to intervene.

Intervention requires Shane to link telepathically with his young father, Daniel, in the summer of 1939. With the world on the brink of global war, Shane must guide Daniel through a bold attempt to rescue-or to kill-a brilliant Jewish atomic physicist in Hitler's grasp. While Shane and Daniel fall under the spell of an aggressive 1939 lover with mysterious designs, an alienated old flame must find a way to save the mission.

Much of this suspenseful venture evolves during a nostalgic overnight transatlantic flight on a Pan American "flying boat," with darkly mysterious forces working at cross-purposes. Fateful events during the 1939 flight are paralleled by political brokering in modern times climaxing with a shocking, fateful confrontation between a stubborn American president and the charismatic leader of the secret society.

Sam Perone has been professor of chemistry at Purdue and San Jose State Universities and worked at Lawrence Livermore National Laboratory. He is an author of two textbooks, numerous technical papers, and a novel, The StarSight Project, published in 2002. He lives with his wife in the Sierra foothills of Northern California.