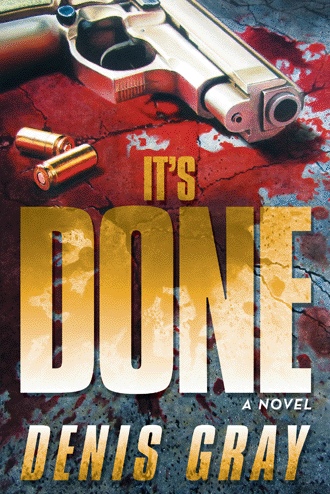 There was something special about Dade Eduardo Lord’s appearance— the way he’d write a check with his pricey pen and sign off on important papers that had crossed his desk requiring his signature to seal a pending deal. Dade Eduardo Lord loved money. In fact, he worshipped it. At a young age, he knew he was destined for greatness, so he’d determined the only thing he had to do was exhibit patience and wait for the right racket to come along.

Lord’s twelfth-floor Manhattan office was elegantly styled. His personal taste embraced clean, classical lines, furniture that was solid, luxurious, and durable. In many ways, he was old-fashioned in his acceptance and appreciation of history, its value in teaching him lessons he was quick to learn and retain. The old was evident also in his manner and sophistication and facile, easy way with language. Only, he was a modern man in his attraction to power and how to use it: his ruthless and overzealous will to win. It was a big reason why, as a black man, an African-American, his status was that of the founder of Precision Records, a heavyweight record company in the recording industry where his name not only stood out but also stood for something.

Lord’s sweet-looking, high-polished glass desk’s surface was clear of everything but immediate paperwork, a pencil and pen set, and one lone globe located right center of the desk. Several times a day, Lord stared at it as if he were out to conquer the world. Precision Records had maintained an international reputation. Its roster of rap artists consisted of international celebrities who’d created a sensation on two continents— Europe and Asia—and who’d generated big money for the company and, therefore, for Lord.

Visually, Dade Lord carried himself as if he were a man who ran a multimillion-dollar operation. Tall and handsome, he was brown- skinned with high cheekbones and light, powdery brown eyes that shifted perceptibly with either flirtatious import or menacingly or engendered an aura of calm and goodwill. As for his clothing, he was impeccable, a man who favored bow ties over ties and suspenders, taste aimed to please one man and one man only—Dade Lord.

Operating a record company meant daily headaches. But challenging problems were what Lord not only sorted out but also craved. The more difficult the problem, the more opportunities there were for him to demonstrate to his smart, effective staff beyond a shadow of a doubt who was the brightest lightbulb in the room. Why he was president and head honcho of Precision Records.

Forty-nine-year-old Dade Eduardo Lord is the founder and president of Precision Records, a heavyweight record company based in New York City. Lord loves money, and, in fact, he worships it. At the age of twenty-three, he fathered a child, Crystal Hill, whom he abandoned at birth.

At sixteen, Crystal became MC Ms. Lady, a Brooklyn-based rapper. By age nineteen, she’s known as the “queen of hip-hop” with hit records produced by Konscious Flow Productions, a rival hip-hop company of Precision Records. Not only is Crystal a brilliant rapper, but a scholar who attended Harvard University for one year, landing on its Dean’s list. She envisions being more than just a rapper; she aspires to be a record executive.

Crystal meets with Lord and earns an executive internship position at Precision Records. But she harbors a deeper and more personal reason for wanting to intern with her father’s company. Is it to seek Lord’s love and approval or to destroy him because of his past deeds and abandonment?

Denis Gray is the author of Black Bloods, A Long Stretch of Blue, A Bigger Prize, Hard Ground, Teardrop, Della’s Deed, Lucky, and Benny’s Last Blast. He lives in New York with his wife, Barbara.

Charles Lilly created the cover image. He has illustrated many book covers, children’s books, magazine articles, advertising promotions, and movie posters in addition to having been an instructor at the Visual Arts 17 of his 41-year career. He’s living in New York City, as his 33-year-old son Elliot now carries the legacy forward in Dallas, Texas as a video game illustrator.