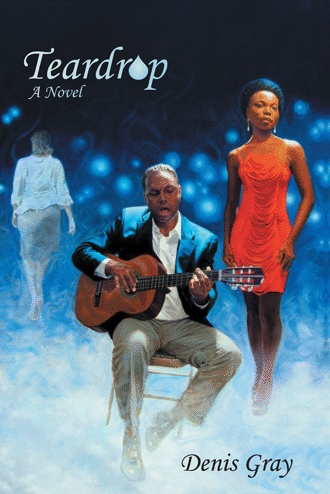 Arlene was out on the back porch. She wasn’t for this. She was opposed to it, her father’s interview with this New York City writer: Ursula Jenkins. Why did this woman think it necessary to fly all the way across country, out here, to meddle in her father’s life?
“Tell me why.”
I had to be gracious toward her. Civil. When her father told her McKinley Scofield had passed this information on to him, it’d angered her. Knowing that Scofield had been pressed by this woman, angered her more. She was angry at Scofield for not presenting a stronger front, argument for the Williams family; and at Ursula Jenkins for being so damned persistent about the interview.
“Why didn’t she just stay in New York City—where she belongs.”
The past 3-years of her father’s retirement from the music world’d been ideal. She and Jamal had taken care of him, given him a beautiful life. What they had was special. Each, daily, had their own special routines, of how their days were filled.
It was two minutes to one, and it’s when Teardrop emerged from the woods in back of the house as Arlene knew he would, since he said he’d be on time for his interview with Miss Jenkins.
“Dad,” Arlene hollered from the back porch. “Miss Jenkins is here.”
“She’s here, Arlene?”
“Yes.”
“Good. Good,” Teardrop anxiously replied, from a good distance away.
Teardrop was carrying Miss Lillian, not playing her—having done enough of that inside the thick-set woods. He looked healthy, his loose-jointed stride and long legs gobbling up  plenty of ground. He was in tan slacks and a brown zippered wind breaker with a white open collared shirt, and brown rugged leather boots he enjoyed wearing. He really looked relaxed, almost, it seemed, to the point of masked boredom.
Teardrop was maybe 20-yards from Arlene. “So what’s Miss Lillian up to today, Dad? Has to say?”
“A lot, Arlene. A, quite a lot. Her usual talkative, garrulous self.”
“Well…”
“What’s she look like, Arlene? All…all night I, I was wondering to myself, honey.”
“A-attractive, Dad. Very attractive. Miss Jenkins is—“
“Tall? Short?”
“Tall. Q-quite tall for a woman.”
“Young. She’s 25, it’s what Mac told me. Mentioned to me over the phone.”
“Yes, Mr. Scofield,” Arlene said, trying to hide her disgust; hoping she had.
“Arlene, would you have Miss Jenkins come out here. To the backyard, I’d, would, would you do that for me, honey?”
“Of course, Dad. Of—but, Dad, you are—“
“I’m fine, Arlene. J-just fine about this. This attention. Am…am looking forward to it, the interview with Miss Jenkins, in fact.”
Arlene went to get Ursula.
Teardrop looked up at the house, and then down to the ground. And now he wished he hadn’t agreed to this thing he’d consented to with McKinley Scofield. This young lady from New York City flying out to interview him about what? Who am I? Teardrop thought. River of Pain, so what, so what—that was so long ago, so tucked away in the past for me, remote—it’s not who I am now, today. Those things are never who you are now—it’s what you were then. At the time. Not definitive but, rather, relative. Standing on that cliff about to be pushed off, hoping it will kill the pain, or shatter it into so many pieces, it could be used by a thousand different people so it could be carried in them, their souls so that it could free his.
“Mine. Mine. How selfish of me. Alarming.”
Last night he wondered so much about Ursula Jenkins. The night was long. It seemed practically sleepless for him, impenetrable—he couldn’t make heads or tails of it. He wondered what Miss Jenkins looked like—yes, he wondered how tall Miss Jenkins was—yes—but what he wondered most was why she was after his soul, for as sure as there was a God, and he knew there was, he knew Ursula Jenkins would be after his soul, the one piece of himself he wanted to hold onto more than anything else of value he had.
“Just settle down now, Teardrop. This can’t be as bad as you’re making it out. It can’t.”
And yet here he was, ready to do this—and why now in his life when he had Arlene and Jamal and friends, people who gave him what he needed…so much support and love. What can my life say to anybody? Do for anybody? Ursula Jenkins, Current magazine interested in me?
Why me, Maureen?
The house’s back door opened, Teardrop looked up and the first gleam from the sun, caught the cornea of Ursula’s right eye.
“This is Miss Jenkins, Dad. Ursula Jenkins.”
“Hello, Mr. Williams.”
“Hello, Miss Jenkins.”

Fifty-two-year-old Maurice “Teardrop” Williams is a world famous blues man—singer, guitarist, and songwriter. But since Maureen, his wife of thirty years, died seven months ago, Teardrop has lost the joy he once found in performing music on the road with his band, the Tearmakers. With his light-blue guitar called Lillian, he returns home to Walker City, Iowa.

Finding it difficult and lonely to stay in the home he once shared with Maureen, he moves in with his daughter, Arlene, and his seven-year-old grandson, Jamal. Teardrop is devoted to Maureen’s memory and counts on Arlene’s and Jamal’s companionship and support. It isn’t until three years later, when twenty-five-year-old freelance journalist Ursula Jenkins arrives from New York City to interview Teardrop for an assignment, that his world begins to change.

Ursula comes away from the interview discovering things about herself she had not bargained for, including an attraction to this once-famous musician. As the relationship deepens, Arlene feels she must continue to protect her mother’s place in her father’s heart and tries to do what she can to put an end to Teardrop’s and Ursula’s partnership. The couple faces issues of age, family and loss, and only time will tell whether love really can conquer all things.

Denis Gray is the author of three published books Della’s Deed, Lucky and Benny’s Last Blast! He lives in New York City with his wife, Barbara.

Charles Lilly created the cover image. He has illustrated many book covers, children’s books, magazine articles, advertising promotions, and movie posters in addition to having been an instructor of Visual Arts 17 of his 41-year career. He’s been an artist living in New York City; as his 28 year old son Elliot now carries the legacy forward in Texas