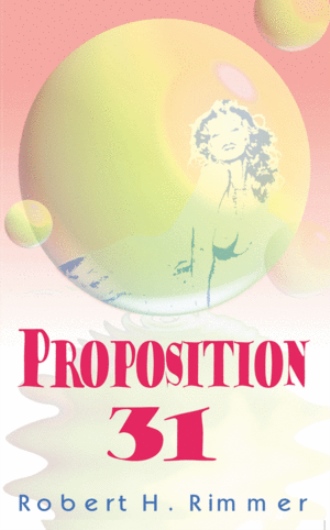 Robert Rimmer’s Proposition 31…is it legalized adultery or the preservation of the family?

Afterwards, Nancy couldn’t remember when it had all started. Or just how they’d taken the first intimate step. But, it wasn’t until one perfect weekend in New Hampshire that they all knew they could never live monogamously again-that they loved and needed each other and that they were proud of it-that the years ahead would be difficult for all of them-but that now there was no turning back…