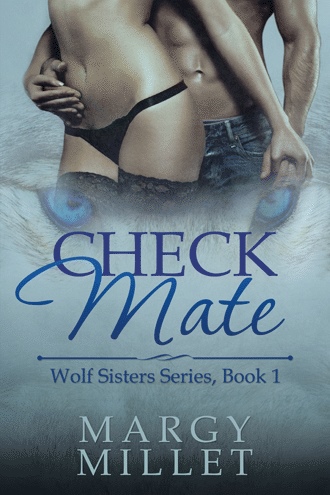 Pilar drove her car at a slow pace through the parking lot and parked in the first empty spot she found. She got out of the car and walked slowly, enjoying the pleasant cool temperature of this early fall day. The sky was bright and clear. She loved the feel of the sun on her face and the way the warmth rushed through her whole body. She made her way to the entrance of the police building. She couldn’t believe it was only Wednesday—hump day as everyone said in the office. These past three days had felt very long for her. She had been busy at the office, coding and cataloguing many items. She walked into the police station and took the elevator to the sixth floor where the DEA department was located. She had been working with the DEA for two years now, mostly doing research and paperwork. She knew that today was going to be another busy day because she had received an email informing her that the department had busted a big arms dealer the previous night. As she walked towards her office, she waved to several coworkers in the hall. Her office was the last one down the long hallway. She stopped for a moment to talk to two of the girls. As they conversed about the bust, she sensed—no it was her wolf who sensed—the unmistakable presence of another wolf. She faltered for words, then caught herself and finished the sentence. She made very precise slow movements with her body and discreetly turned her head, looking for a person who could possibly be a wolf. She has never met any other wolves besides her sisters. Her wolf was on high alert. “See,” her wolf demanded in a deep voice inside her head. The moment she felt a direct link to the other wolf, she looked up. She saw a magnificent man coming out of the captain’s office. He was huge, filling the hallway completely. He was even taller than her captain who was about 6'1", so that probably made this guy easily 6'4". She moved her eyes slowly up his body. His legs were long and muscled, his stomach lean and flat and his shoulders were wide like a football player’s. When her eyes reached his face, they gazed at one another intensely for some time. He had the most beautiful shiny blue eyes she had ever seen. She couldn’t shake the impulse to go to him. She was totally unprepared for the fact that her wolf wanted to jump him. “Mine,” her wolf murmured. A rush that she had never felt before moved up her body and settled in her lower stomach. This was all quite new to her; she had never heard her wolf talking to her before. She was aware that they existed together, but up until now communication was a one-way street—she was always in control. “Oh shit,” she murmured as she felt the juices flow between her legs. She and her wolf were so aroused in was impossible to stand still. “Mine,” her wolf insisted. She took a deep breath and gently shook her head, forcing her wolf to let go of the connection. She turned her body back to face the girls. To her, the exchange had felt like it lasted a long time, but in reality, only seconds had passed. She smoothly rejoined the discussion that her other coworkers were still having. “Breathe,” Pilar kept reminding herself while she continued to talk to her coworkers. She excused herself from the group and rushed away from them. She was eager to put some distance between herself and the stranger who was making her wolf tremble. As she moved away, her wolf was whining desperately.

Pilar Rhonda Alvarez lives what she considers to be a neat and calm existence. She’s the youngest of three half sisters and a DEA officer with the Miami Police Department, and she and her sisters run a secret PI agency, helping battered and abused women. What’s more, she’s a werewolf. Events take a sudden twist, when Alton Succo crashes into her life. Hailing from Sedona, Arizona, he’s in town investigating a drug trafficking ring. But Pi’s wolf instantly identifies him as her mate. Meanwhile, a case with the agency brings her face-to-face with an old crush. Between old love and new attraction, she’s unprepared to face her feelings for the stranger wolf—or his for her. Only time will tell whether she’ll be able to keep her head on straight long enough to track down a missing man and find a love that will last. In this novel, a werewolf working in law enforcement finds herself torn between a crush from her younger days and a strange wolf her heart declares is her mate.

Margy Millet was born in Arecibo, Puerto Rico, and she moved with her family to Worcester, Massachusetts, in 1973. She holds an associate’s degree from Quinsigamond College, and she and her husband, David, have three children and five grandchildren. Her passions include writing, Latin music, dancing, reading, and sports. She currently lives in Massachusetts.