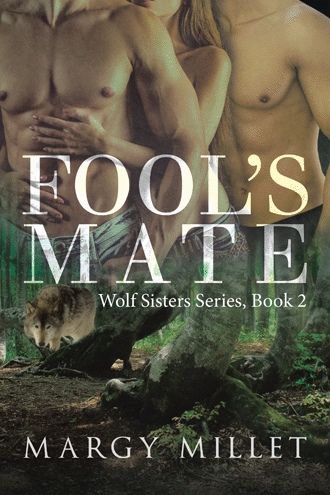 Crista Rosa Rodriguez’s life began to make sense the moment she discovered that she had two half sisters—and that all three of them were wolf shifters. Now adults, they run a secret PI agency that helps battered and abused women and their families find safety. Cris also works for the Miami Police Department, and it’s there that she encounters a sexy wolf shifter named Ethan Riggs. He’s the beta for the Sedona, Arizona, pack that includes her younger sister Pilar’s mate, and Cris is assigned to work a drug-trafficking case with him. They share a connection that brings her a heat and longing she has never imagined. As she struggles with that link, an ex-boyfriend asks for her help in rescuing his sister from a bad situation. Meanwhile, Cris has a strong sense that something is missing in her life. Will giving in to the mating heat with Ethan fill that void, or will her search for fulfillment go unrewarded? In this erotic novel, a wolf shifter must decide whether a handsome shifter from another pack, whom her wolf calls mate, is truly what she needs to find happiness.

Margy Millet is the author of twelve novels. Born in Arecibo, Puerto Rico, she moved with her family to Worcester, Massachusetts, in 1973. She holds an associate’s degree from Quinsigamond College, and she and her husband, David, have three children and five grandchildren. Her passions include writing, Latin music, dancing, reading, and sports. She currently lives in Massachusetts.