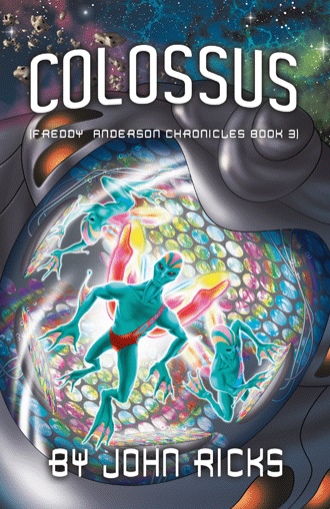 Freddy is still in the clutches of the alien kidnapers and things are heating up. The human race goes to war to help a benevolent race that has been helping us since before written knowledge. We are now at war with a race that is looking at destroying everything in its path and Earth is directly in the way. Freddy helps in every way he can but at a cost that nearly drives him insane. Then his love gets kidnapped and viciously taken away. She is in a deadly trap and only a miracle can save her.

John Ricks was born in Longview Washington and moved thirteen times before he finished middle school. After graduating high school he joined the Navy where he spent twenty more years traveling the world meeting new and astonishing people. His degrees, extensive reading, and travel have helped him see all life in a wonderfully different way. He developed a great sense of fantasy and loves to tell stories.