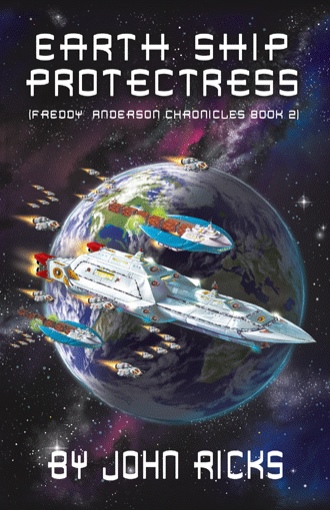 I can’t say I awoke. It was more like I was allowed to think. I was again immersed in thick, clear liquid, and green translucent tentacles held my body in the center of a tank. My energy was still drained, but something was different. I could feel emotions again just a little, but they were there—and they were alien.

I remember many things that I did not know before. It was as if someone was feeding me information about this race of beings—how great they were, how impossible it would be to fight against them, and how much it would benefit my people if we surrendered to them and became their allies.

Then it hit me—their minds leak! I saw what being their “allies” would mean. Allies? “Slaves” was more like it! They wanted us for our technology and then as frontline fodder for some of their wars. Now that I was aware, I could hear voices and see the Green.

Green said in a booming voice, “Something is different.” Gray asked, “What?”

Everything went black, but the voices and emotions continued.

I sensed Gray stumble back a step; all four of his weapons were quickly pulled and pointed at the tank and my head, and his eyes went so wide I thought they would pop out. Gray turned to his men. “If the creature becomes fully aware, kill it!”

Blue calmly asked, “Can he use his powers?”

The Green answered, “No, sire.”

“Then there is nothing to worry about. Gray, cancel that order! Green, start the process.”

Gray answered, “As you wish, sire.” He turned to someone and said, “Stand down on that last.”

Green said, “Yes, sire. By the way, how did your meeting with the Whites go?”

“I told the Whites what I wanted them to know. They are sending that information back to their respective media counterparts on their planets. Please start.”

What a time I’ve had. My home is finally built; it’s wonderful and works great. My home. My canyon. It’s a good feeling to have that part of the work completed. Mom and Dad always wanted a Victorian home. Tears come to my eyes, so I stop thinking about how much I miss them. Everything I’d planned is going great so far. The computer system is working better than expected, and so are the defenses. I did not start out wanting defenses, but the nasty old army guys forced me to rethink that issue. It was the army that made me see the need for my babysitters. I have babysitters. What a mess! Instead of being by myself, I’ve a dozen women guarding me night and day. Good thing too, as I’m at war with the media. That worries me the most. There is a brighter side. I have my first girlfriend. Becky is the most beautiful girl in the world. I really need to find the time to see her more often. She was somewhat upset with my not contacting her.

SEAL team leader Lieutenant Susan is the one in charge of my safety now. Smart woman. Maybe a little too smart for me. She believes she played me like a fish on an unbreakable line. I’m a super genius, but my talent is geared toward inventing, not handling people. I’m rather ignorant in that area. Susan is a genius in handling people and knows exactly how to control me. In addition, most of the time I don’t even know she’s doing it! I’m having a lot of fun playing with her.

Another one of the SEAL team members is Katie. She’s telepathic like me. Susan uses her to check on me when I’m working. She’s a great person.

Now that the press conferences are over, I need to get back to work. Keeping my mind clear is going to be hard, but I need to keep it clear because I don’t have time to waste—not if I’m going to save the world from destruction.

Not everything went black. The room was sharp in my mind, and so were the occupants. The Green, Gray, and Blue were close by. There were three other Greens monitoring equipment. There were also seventeen other Grays and eight Purples. They must consider me dangerous, or they’re protecting Gray from Blue. Blue is acting aloof, but he is worried.

Blue said, “There it is again. Something is threatening his world! Probe hard each time this comes up. We need to know.”

“Yes, sire. He is fighting again.”

“Don’t fight him. Feed him information.”

I went to my workshop to concentrate and start the next phase of my plan. Three days later, I came out. I was hungry, and the computer tactfully informed me that the lieutenant was getting very insistent that I come out for something to eat. When I exited the shop, the lieutenant came outside with half the crew.

“No, Freddy. I just don’t like your being gone that long without seeing you or hearing from you.”

“Now, Lieutenant, Katie has been checking on me regularly, and I’m sure she told you I was doing fine. Her mental touch is getting stronger, now that she’s using it more.”

“Don’t try to change the subject on me, young man. You get into that house, take a bath for goodness’ sake, and come down for dinner. You’re going to go to bed right after that. You look like you’re about to drop.”

“Yes, ma’am. It’s because of that issue I mentioned. I’m rearranging my priorities in building right now. It’s a lot of work, but I’m on my way. Anything happen while I was working?”

She pointed me toward the house and started walking that way with me. “More supplies came in.”

“Yes. And your replacement generators are in. I took the liberty of having them flown here.” I looked around, saw where they were, and started toward them. She put her hands on my shoulders and pointed me back toward the house. “You can play with them tomorrow. Tonight, you’re doing exactly as I say.”

“Thank you for bringing in the supplies, Susan.”

“You’re welcome. Mr. Zimmer called and said that the people you’re prosecuting went to court and pleaded guilty to all charges. It’s all over the news. They’re going to have the sentencing tomorrow morning.”

“Mr. Zimmer said they want to talk but want this out of the way first. He also said that the government has shut down twenty-three newspapers and magazines and one television station. They’ve pressed charges against over eighty others and expect to close down a few major companies soon.”

“I thought that you could not revoke an advertising license. How are they shutting them down? Isn’t that causing a big freedom-of-the press issue?”

“Many of their licenses have come due or were coming due. The government is simply refusing to renew until all charges are over with. They’ve arrested hundreds of people because of your investigations. Mr. Zimmer took out advertisements on each major channel to detail what the media had done and how badly they had led the public to believe things that simply weren’t true. He also leaked to each newspaper about the other, and they sensationalized it so much that everyone is in an uproar over the whole thing. Even the media is upset with the media. Several cities have had demonstrations against the self-proclaimed ‘news professionals,’ and a few people have been hurt. There’s talk in Washington about making laws that will crack down on them and force them to be scrupulously honest. They won’t take away their first-amendment right of free speech, as this great country is founded on that, but they will make it very painful to knowingly print lies, half-truths, and misleading information that will harm others. With a good lie detector in place, the government will know when it’s malicious. Companies could end up completely out of business if they don’t comply.”

“Lieutenant, let’s be realistic. The government has tried this many times before and failed.

Dr. Freddy Anderson is on an important mission to save the world from destruction. Guarded by Navy SEALs, the ten-year-old super genius inventor is doing his best to balance his work designing a shuttle and developing a way to travel faster than the speed of light with a personal life that includes his first girlfriend ever. Unfortunately completing his mission is becoming exceedingly more difficult as aliens search his mind to learn how he demolished their greatest ship. Freddy is destined to become the strongest healer and telepath in the known universe. But just as the world learns of an impending earth-destroying disaster and panics, Freddy discovers the disaster is worse than what he originally believed it would be. As he starts the world on a new course that will either spiral out of control or rescue the human race from itself, now only time will tell if Freddy will succeed or if life as he knows it will change forever. Earth Ship Protectress shares the continuing tale of a young genius’s journey as he realizes the power of love, attempts to stop an evil plan, and inadvertently sets the stage for the battle of his life.

John Ricks was born in Longview, Washington. After graduating high school, he joined the Navy where he spent twenty more years traveling the world. His degrees in liberal arts and management, extensive reading, and travel provide him with unlimited fuel for fantasy and science fiction dreams. This is his third book.