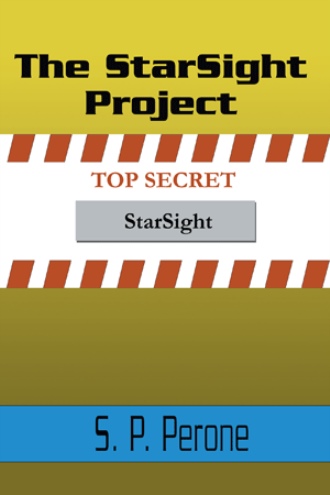 A horrible terrorist strike…referred to as Operation Deadly Rainby the al-Qa’eda …is about to be launched against the United States during the holiday season, with perhaps hundreds of thousands of lives at stake.

An artificial intelligence program is nearly completed that might predict in advance when, where, and how this attack might occur.

When the CIA receives fragmentary warnings of the upcoming attack, the university researchers secretly developing this program…called “StarSight”…are abruptly plucked from their comfortable academic posts and thrust into the frontline of the war on terrorism.

The stage is set for savage conflict:
Professor Tony Shane, his beautiful research associate, Sarah, and a handful of university co-workers are condemned by their academic colleagues for conducting a secret project for the CIA. At the same time, they are exposed to deadly attempts by terrorist agents to sabotage their work.

Unknown to the CIA and Senator Moorhouse, who is coordinating the StarSight project, the person responsible for Deadly Rain…and ruthlessly attempting to terminate StarSight … is himself a wealthy and respected American citizen and close friend of the Senator and his wife.

With political intrigue permeating university and government circles alike, this adventure takes the reader from the comfort of the “halls of ivy” to the exotic settings of San Francisco, Zurich, Washington, and the Italian Riviera. Despite the personal trials of the researchers, politicians, and terrorists that unfold during this pre-holiday period, the purposeful efforts of the StarSight team to prevent the terrorist attack build to a heart-stopping climax.

Sam Perone has served on the faculties of both Purdue and San Jose State Universities as Professor of Chemistry. In addition, he has been a researcher and technical manager at the Lawrence Livermore National Laboratory in California, and has been a technical consultant in the high-tech Silicon Valley. He has co-authored two advanced textbooks, several chapters and numerous technical papers on laboratory computer technology and other topics. He lives with his wife in the Sierra foothills of Northern California.