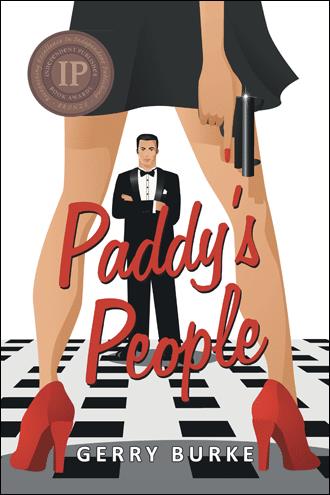 Paddy Pest, the ubiquitous Aussie gumshoe, is immersed in a world full of beautiful women, conniving conspirators, and covert agents. Never without his Beretta or fold-up boomerang, Paddy is always prepared—a good thing, since he is about to take a ride on the wild side with his entourage of female associates. Stormy Weathers, Paddy’s girlfriend and wing person, is known for her flaming red hair, nice legs, and her ability to hold her own in a fight. Pest surrounds himself with girls with guns and they mean business. Ariadne Vasilis has long black hair, a brutal arm-chop, and a fierce loyalty to her country, as does the delightful French gendarme Yvette Baguette. She wouldn’t be seen dead without her Paris fashion labels. From a salacious situation in Salem to a conundrum in Kentucky! There’s murder in Melbourne and mystery in Moscow, and Paddy’s people are playing for keeps. Paddy’s People is a collection of short stories laced with treachery, mayhem, and mischievous behavior that encompass some of Paddy’s worldwide adventures and acknowledge those men and women who have been inspired by his exploits.