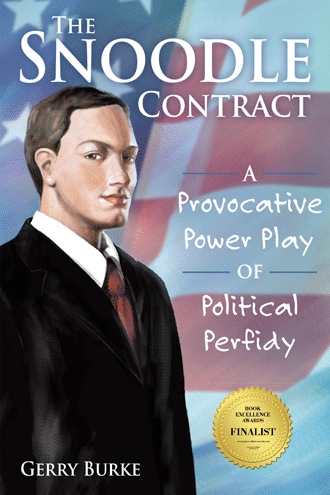 Las Vegas tends to be a popular choice for a convention and it doesn’t matter whether you are wheeling and dealing or finding an excuse for a tax deductible junket. The Mirage Resort and Casino is found at the best end of the strip and on a daily basis hosts any number of conferences. The Syncopation Reality Company doesn’t do conventions, as such, but they always keep a team on hand to infiltrate the symposiums and manipulate the poor buggers who attend, who are usually in holiday mode and often alcoholically compromised. Manfred Knuth met Paddy Pest at the bar, after the latter gentleman completed a sixty-minute session at the gymnasium and slot machine hall. The realtor made the first play.

“You seem to be a pretty fit dude—lucky too. Did you win all that cash on the bench press machines or the bicycle slots?”

Out of habit, Pest eyed-off the newcomer with suspicion, but the Australian was generally gregarious and carefree when he came into easy money. He caught the attention of the barman and soon his new found friend was cradling a sour mash whiskey.

“Thank you very much. Your generosity is appreciated, but let me buy the beer nuts.”

Pest smiled because they both knew the nuts were free. Nevertheless, he was happy to introduce himself, although not prepared to release the specific details of his trip to Las Vegas. The second International Convention of Covert Operatives had been long in the planning and difficult to organize. Many members lived in the shadows and proved hard to locate. The event was booked as the Smith Family Reunion—all the delegates claimed to be named Smith.

If the con artist had realized Paddy was a detective and sometime secret agent, he may have sought a more gullible prospect. It didn’t bother him that the fellow resided in Australian, as he often sold worthless land in the desert to foreigners. The Aussies were usually an easy mark as they fancied timeshares, one of Manfred’s specialties. Being a professional huckster, the SRC representative would always tread warily and small talk was the essence of his opening gambit.

“‘Paddy’ seems Irish but isn’t ‘Smith’ of English derivation? I seem to recall arrowsmiths, coppersmiths, even goldsmiths.” “I’m Australian, actually, but my forebears were Celtic blacksmiths. Surely, you had such a profession in America during the wild west days?”

“Possibly, but they would be from the Deep South. My people came from Germany. My grandfather used to sell hot air to the dirigible people. Count Zeppelin was a personal friend.”

Paddy Pest was ready to believe the chap’s granddad might have been a close pal of the Red Baron, and who could argue with his hot air credentials? These kinds of things can be hereditary. The sleuth from Down-Under had met hucksters before but Manfred’s pitch came across as novel, and the gumshoe was keen to see where it might be heading. He authorized another hit on his tab and urged the stranger to continue with his story. Time could be his friend, at least until his lady friend arrived.

Nadia Nickoff appeared half-way through Manfred’s discussion regarding the fruit bowl opportunities in the Mojave Desert, not far from Las Vegas—unfortunately, not close enough for immediate inspection. The dissertation trailed-off into oblivion as the Belarusian beauty brushed past the hot-air salesman, and planted a lingering kiss on Paddy’s most prolific orifice. She eyed him up and down, and satisfied with what she saw, snapped her fingers for the barman. Paddy didn’t want to be impolite and immediately introduced his new-found friend to the minx from Minsk.

“Manfred, I’d like you to meet Nadia Smith. Nadia is one of the delegates at our conference.”

Because Mr. Knuth was mesmerized and almost gagging on the lady’s perfume, his greeting was slow in coming. The lady took a sip from her recently arrived vodka cocktail and proffered her hand for kissing. Her smile was totally irresistible and the German became a willing captive of her seductive and captivating magnetism.

“Hello darlink, I am liking you already. Are you another Smith from the West? I vill embrace everyone. You are so ’andsome, so young.”

I think it is fair to say Nadia was more Smith and Wesson than anything else. She had been a competent KGB assassin and, although no longer the nubile young killer of days gone by, she was still attractive and in good physical condition. Certainly, Manfred thought so, because he couldn’t take his eyes off her exquisite form. Her choice of apparel redefined the alluring concept of a little black dress, and this was all she appeared to be wearing. Nadia’s natural brown hair, cropped short, gave her a boyish appearance but no member of the male race could hope to match her penetrating blue eyes, which lingered long and lasciviously. Should you fraternize with this femme fatale, you would immediately be pitted against a woman not to be underestimated. Paddy Pest was well aware of this fact because she had tried to kill him on a number of occasions. Of course, all this happened before Perestroika and Glasnost.

Once the delicious delegate arrived, the presence of the SRC representative seemed superfluous, and the gumshoe made his farewell with appropriate grace and dignity. “We have to split, Manny, but I’m sure we’ll cross paths again before the reunion is over. I’ll look forward to further discussion regarding your prognostications for the Mojave Desert and the Tumbleweed oasis development. Nadia is looking for a warm retreat, away from the chilling winters of Belarus.”

Having made their farewell, the man and his companion disappeared into the night and the real estate rogue reveled in his reverie. “What a likable couple,” he reflected. Nevertheless, he learned little about them, apart from Paddy’s blacksmith lineage; and, what about the woman? When she brushed past him, he felt something against her leg. Was it a gun? Manfred Knuth knew something about guns.

President Gus Snoodle has obviously rubbed someone the wrong way. Despite the fact that there have been no escalating wars, no sizzling scandals, and no bad reviews of his performance on “Dancing with the Stars,” his poll numbers are plunging, there is a contract out on him, and his conspirators will stop at nothing to bring him down. No one is prepared for the intervention of visiting Aussie dynamo Paddy Pest: probably the greatest sleuth to have been denied recognition in his own country or any other. With help from the CIA, the Secret Service, and several beautiful women, Paddy attempts to find a motive for the conspiracy. From a high roller’s room in Las Vegas to a Texas airfield, Paddy and his delightful wing person, Saffron Splendido, must ingratiate themselves with the president to avoid a catastrophe. A budding romance only complicates matters as White House deputy chief of staff, Jack Rice, takes a shine to Saffron, leaving everyone to contemplate whether she will become Mrs. Saffron Rice. With more questions than answers, the presidential caravan rolls from Massachusetts to Memphis in search of votes, while a killer quietly waits to strike. In this humorous political tale, an American president, who is the victim of a diabolical conspiracy, must rely on the talents of a fearless Aussie detective to save his life—and hopefully his presidency.

Gerry Burke’s writing credentials were formulated during his time as an advertising copywriter with a number of international agencies. His output was prolific, especially in the category of humor, and it is no coincidence his books are imaginative and satirical.

The author’s career in advertising took him to Britain, U.S.A., Hong Kong, Singapore and a number of Australian cities, and he has previously called on his memories to provide locations for his stories. If Paddy Pest had his way, all his locations would be exotic, but the author keeps those junkets for himself. President Gus Snoodle needs the crumpled crusader in America and that’s where he is for this thrilling page turner.

The Snoodle Contract is Gerry’s 8th. published volume and the sixth to feature the irascible investigator, Paddy Pest. In 2011, 2012 and 2015, the author was a finalist in the USA Best Book Awards and in 2014 he won an IPPY bronze medal for best fiction in Australia and New Zealand. Gerry is single and lives in Melbourne, Australia, where he is a prominent racehorse owner and breeder.