My Book of Revelations

Stories that burst the bubble of believability 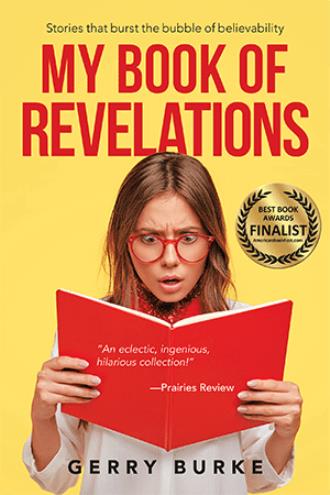 SHORT STORIES History, heroes, horror, and Hollywood! Every story with a sting in the tail. Lady Godiva; The Charge of the Light Brigade; The Borgias; and Tales from the Old West: stories that never happened, but should have. Plus the heroes of today; crime-fighters, patriots, and protagonists of purpose. No wonder the villains never win. Of course, you can’t blame them for trying. Laugh, smile, snigger, snicker, snort and giggle! The author’s revelations will be hard to believe, and harder to forget. There’s always a bubble to burst.

FROM HISTORY TO HOLLYWOOD! We all live and die by our reputation and poor Lucretia Borgia suffered more than most. Don’t worry; I’ve set that right. What about the chump who led the Charge of the Light Brigade? Everything you want to know is right here, right now. My revelations include exciting tales from the Old West and the Old Testament. Naturally, they are not first-hand accounts, but who would challenge their veracity? Some of my stories are a bit Hammett and Hitchcock, and that is became I have chosen to highlight some of the heroes of our time; men and women who lay it on the line for Queen or country. I’m glad you have chosen this book. It is adult fare, but suitable for most children under thirty. Gerry Burke