What Is Editorial Style?

Editorial style is commonly confused with writing style. While writing style may refer to a writer's unique voice or application of language, editorial style refers to a set of guidelines that editors use to help make your words as consistent and effective as possible. A good book editor will be sensitive to maintaining a balance between your unique writing style—your voice—and editorial style. Studies have shown that consistent editorial style not only lends credibility to your work but also makes it easier to read and understand. 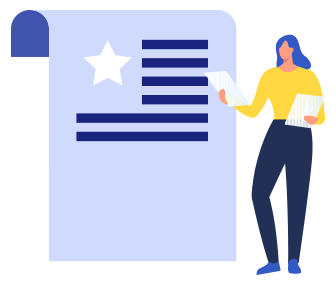 Here is a synopsis of some of the editorial guidelines followed by iUniverse editors and evaluators:

These rules apply to the format and style of numbers as they appear in most manuscripts:

Use a comma for the following reasons:

The hyphen (-), the en dash (–), and the em dash (—) all have different purposes and should be used in different situations. All three marks run flush to the text on both sides (with no space on either side).

Only use "nor" with "neither."

Write parallel sentences. When a sentence contains two or more ideas that are parallel, try to construct each idea in the same way grammatically.

Check your modifiers. The best way to check your modifiers is to find sentences that begin with the action rather than the actor. Once you figure out what the action is in the first portion of your sentence, just make sure that you clearly identify the actor in the second part of the sentence. If the actor is not identified, then you've probably got a dangling modifier.

Do not use in-text references that refer the reader to a particular page or page number (e.g., on the previous page or on page 52). When your book is converted from an 8.5" x 11" page, the formatting and page numbers change, making all such references invalid. If you do make in-text references, either make them relative (e.g., later in this chapter, in chapter 5, in the following paragraph) or be sure to correct these after your book is formatted.

Authors have two main choices for dealing with sources:

When you use something specific from a source, such as a quote or a paraphrase, one option is to use a parenthetical text citation in author-date style. (If you use this method, you will need a bibliography.) For example:

A dog can improve your life by giving you unconditional love, developing responsibility in your children, providing you with security against intruders, and perhaps even lowering your blood pressure (Wyant 1999, 29).

Another option is to create a footnote. Here is an example of how a small numeral is placed within the text to reference a footnote:

Many people have found that caring for these loving companions has actually resulted in lower blood pressure.1

The reader can then look to the corresponding footnote to find information on the book you quoted. In a book, endnotes appear at the end of a chapter or, more commonly (because they are easier to locate), at the back of the book. If you put your endnotes at the back of the book, strongly consider including a bibliography to expand on any publication information that does not appear in the endnotes. Endnotes are preferred over footnotes for books that appeal to scholarly and general audiences. Here is an example of a footnote that would be used in conjunction with a full bibliography:

The corresponding bibliographic entry would give more information:

Wyant, Wendy. The Dog Lover's Guide to Life: How Your Dog Can Make You a Better Person. New York: Star Spirit Press, 1999.

iUniverse follows the style below for referencing books and periodicals in bibliographies.

If you've borrowed material from other copyrighted sources, you may find yourself wondering whether you need to seek written permission to use another author's words or thoughts. While you must cite the source for every quotation or paraphrase you decide to use, some borrowed material requires further permission from the copyright owner before it can be used in your book.

If you're still unsure whether you need to seek permission, refer to chapter 4, "Rights and Permissions," in the Chicago Manual of Style. You can also look to the website of the National Copyright Office.

Once you've determined what permissions are necessary, you'll need to send a formal request to the copyright holder. Our sample permissions letter (PDF 61KB) provides a helpful template for preparing your requests.