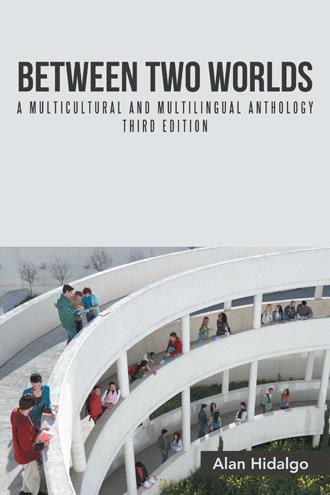 To the Reader: The characters and events in the ten novels that compose the Between Two Worlds Anthology are purely fictional. Even so, you may find that you relate with the struggles, failures, and triumphs of the main characters found within each novel.

For the Educational Instructor:

There are three textbooks in the series: The Between Two Worlds Anthology, the Between Two Worlds Student Workbook, and the Between Two Worlds Instructor Manual. Teachers and professors will notice that there are ten words that have been placed in bold print in each of the ten novels of the anthology. These words were chosen for the vocabulary lessons in the student workbook due to their academic and thematic qualities. Each of the three texts is designed to correlate to the other; for instructional purposes, all three must be incorporated for maximum results in a classroom setting. The Between Two Worlds Student Workbook may be used at various secondary and post-secondary educational levels e.g. courses in English, ESL, character building, multiculturalism, and diversity training.

1. The Decision
Manuel De La Rosa grew up in a small agricultural town in southern California near the Mexico border. Adapting to a new culture is difficult as he transitions from elementary school, to junior high school, and to high school. His parents treat him well enough, but they continue to live their lives as if they are still in Mexico. Watching his older brothers choose different paths in life, Manuel struggles to find his own way. By the time he is seventeen, he is at a crossroads, and a possible prison sentence forces him to reflect on his decisions.

2. More Than Tradition
Lorena Olorsisimo is the youngest child of a very traditional Filipino family. Entering high school, she has her sights on achieving perfect grades, making the varsity basketball team, and earning a scholarship to UCLA. Then she meets Greg, a handsome, wealthy senior in high school who will challenge her most cherished beliefs.

3. People Skills
Mike Nathan was a star the moment he set foot on his high school campus. As a freshman who stands six feet eight inches and weighs a solid 220 pounds, he is a recognized superstar in both football and basketball. Mike, partly due to his size, and partly due to his personality, is also a natural leader. Other students follow him and most teachers fear him. He is known throughout the school as a young man who speaks his mind. When his science teacher, Mrs. Larson, dares to confront him, she introduces the concept of people skills and effective communication. What begins as an experiment for Mike becomes an entirely new way of relating to people and the many challenges that social interaction often present.

4. If They Only Knew
Diane Davis is a poor white girl who grows up in a predominantly Hispanic community. Misjudged by her peers and abused by her family, she revels in her independence and freedom upon being accepted by New Mexico University. But after experiencing popularity for the first time in her life, she struggles to find inner peace. Not finding what she is looking for in alcohol and drugs, Diane reflects on the lives of two girls, one a Christian and the other, a Muslim. Slowly, she finds her way…

5. The Key
Doctor Marc Wilson is a leading medical expert in the field of cancer research. During a clinic, he is asked about the key to his success. After careful consideration, he answers that it all comes down to perspective. When a young intern is not satisfied with this answer, Marc begins to reminisce about the parents who abandoned him and his many childhood struggles. If it were not for the love of his grandmother and the inspiration of a studious college student who had emigrated from Guatemala, Marc may not have survived his long and perilous journey.

6. Hidden Potential
William “Billy” Dean is a Hoosier from head to foot. Basketball is his main love in life though he is not a standout player. In fact, Billy does not stand out in anything. He is a well-liked young man who does not fight to reach his full potential due to his fear of failure, or worse, rejection. Instead of taking risks, Billy prefers to settle for mediocrity. Fortunately for him, he meets people that edge him to realize his capabilities. From Brett, his childhood friend; to Fan, a Chinese student who studies at Indiana University; to Marcelo, the Italian owner of a pizza restaurant; and to Maria, a young lady from Nicaragua: William is inspired to believe in himself and to not be afraid to face the difficulties of life.

7. Multicultural Dilemma
Miranda Frondizi is an Argentine beauty. Intelligent and cultured, she led a sheltered life of privilege until her family was forced to move to southern California due to financial hardship. Once in the United States, she attends a junior college entirely against her wishes. Miranda is not accustomed to her new setting, which is much more representative of various nationalities and economic classes than the previous places she frequented in her native Argentina. In her first encounter with American students, she lets her perceived superiority be known, leading to instant social dilemmas. It is not until she meets Ben, a highly intellectual student, that she begins to reconsider her worldview.

8. To Be A Champion
John Kim is the second born. He does not feel second, however, but last. His father constantly belittles him while openly favoring his older brother, Paul, who is the more handsome and stronger of the two. As if this is not enough, Paul is also a celebrated black belt in Tae Kwon Do. Paul is everything that John is not. Tired of being rejected, John decides to give up entirely. He stops training and avoids both his father and his brother. As he does so, his resentment for them grows. Struggling with loneliness, John meets Robson Da Silva, a new student who trains in Brazilian Jiu Jitsu under his uncle, Mario Da Silva. A new friend, a new martial art, and a new teacher open the way toward the true meaning of being a champion.

9. Eyes Wide Open
Betania struggles when her family moves from Veracruz, Mexico, to Brownsville, Texas. Not only does she have to adapt to a new culture, but she is belittled for not speaking English at her new school. In her loneliness, she turns to her older sister and other Mexican immigrants in her neighborhood for comfort. Unfortunately, when she attends what she thought to be an innocent party, she quickly finds out that the music and laughter are all part of a recruiting ploy for a powerful gang. Before she realizes the danger, Betania is in. Getting out will not be so easy.

10. Beyond The Elite Part I
Beyond The Elite Part II
Aaron Holmes and Terry Washington are more than cousins; they are like brothers. Both of them live with their grandparents and both of them are star athletes. As they prepare for the next football season, they are well aware that their coach believes that a state title is within their grasp. Aaron, optimistic and intuitive by nature, feels more than ready for such a challenge. Terry, a highly intellectual and introspective young man, struggles with issues he considers far deeper than football. He dwells on his difficult upbringing and the many injustices of the world. This deep introspection makes him vulnerable to a radical new political organization, known as The Standard, which is led by the mysterious genius, Doctor Timothy Ajala. 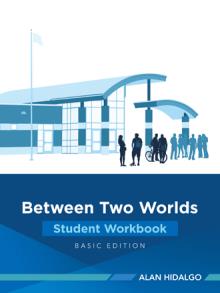 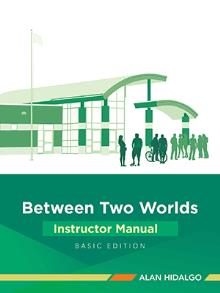 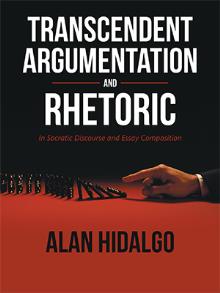 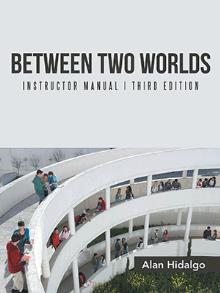 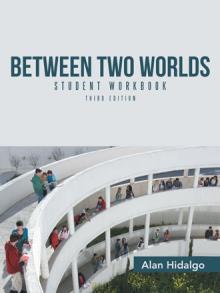 As the world becomes increasingly complex, young people are confronted with greater challenges and higher expectations. They are hurled into an age of technology where they are given instant access to new information at a startling rate. This abundance of knowledge is seldom met with the wisdom and virtue necessary to navigate the intricate aspects of life. Thus, in Between Two Worlds, Alan Hidalgo presents a multicultural collection of ten novels tailored for young adults that abound with timeless truths that will never fade. In this unique anthology, Hidalgo seeks to inspire others to seek a life of purpose and meaning by offering profound insights into human behavior. Insights which guide multiculturalism not as an ideology where all cultural aspects must be accepted and approved, but instead which lead to universal truths that result in a broader worldview, enabling readers to openly and objectively perceive both the beauty and the ugliness found in all nationalities. Each of the ten novels contains an intriguing plot that brings the reader face-to-face with a diverse collection of fictional characters as they search for identity, honesty, and courage amidst a world often characterized by confusion, deceit, and fear. The Between Two Worlds Anthology is a multilingual literary work distinguished by its realistic fiction and life relevance. It is also the foundational text for the classroom resources Between Two Worlds Student Workbook and Between Two Worlds Instructor Manual, which are ideal for secondary and postsecondary educational levels.

Alan Hidalgo is the honorary author of the Alan Hidalgo Team, which is composed of a diverse group of educators from around the world. For more information and personal contact, please visit us at AlanHidalgo.com