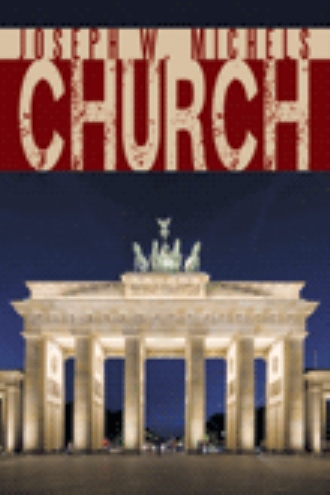 I opened the car door for Emily, made sure she was comfortably seated then came around and climbed behind the wheel. But before I could key the ignition both doors were jerked open and a gun was pressed up against the side of my head. Emily let out a stifled scream as she was being dragged out of the car. “Slide out nice and easy,” said the guy holding the gun. I did as instructed but exaggerated the awkwardness of trying to unravel my six-foot-four-inch frame out from under the steering wheel, using the maneuver to conceal my removal of the thirty-eight from its holster. The guy holding the gun had to back off to give me room to stand up. I gripped the top edge of the car door for support with my left hand as I tried to stand—my back to the guy—and smoothly swung the gun level with my waist—releasing the safety catch in the process. As I turned towards him his eyes were on my face, his pistol pointed menacingly in the same direction. “Take it easy.” I said softly as I shot him twice in quick succession. He got off one shot but the force of the impact of my initial round knocked him off balance, causing his aim to shift slightly to the right with the result that the bullet passed several inches wide of my head. “Church!” screamed Emily. I dropped down into a squat and grabbed the dying shooter’s gun from his hand. “Drop your gun, asshole, or this lady gets a bullet through the head!” said the other guy. “All right,” I said, “I’m coming around…just don’t hurt her!” I stood up slowly so the second shooter could see me, holding in my left hand the first shooter’s gun held high over my head. “Come around nice and slow…keep that gun up where I can see it!” he said. I did, but the thirty-eight was still in my right hand—still concealed by the car. “Toss the gun over here,” he commanded, “and let me see your other hand!” “I think I’m gut shot!” I moaned, bunching over as if trying to relieve the pain to my right side…Jesus, it hurts!” “Serves you right, asshole!” As I came around the back of the car my right hand was concealed in the folds of my sports jacket, as if trying to stanch the wound, allowing my own gun to remain out of sight. “Let her go,” I said feebly. “Whatever you want she’s not part of it.” “No dice. Now drop that gun in the gutter and stay where you are!” Just then a late model black sedan accelerated from a parking space someplace down the street and screeched to a stop just feet from where I was standing. The driver—a heavy-set guy—climbed out of the car. “Christ, Arni, Ted’s all shot up!” he said, looking down at the body of the first shooter. “I said drop the gun!” yelled the guy holding Emily, whom he pushed aside so he could point his gun directly at me. “Drag this bastard into the car!” he shouted. Seeing his gaze shift to the driver of the sedan, I freed my gun from the folds of my jacket and squeezed off two shots. We were only about ten feet apart so the shots hit their mark. The guy didn’t have time to refocus on me and line up a shot before crumpling to the ground. I leaped over to where Emily stood—frozen in horror—and pulled her down against the curbside of our car. “Stay here!” I whispered.

Church by novelist Joseph W. Michels follows William Church, ex-FBI agent turned freelance recovery specialist, as he is called from his comfortable life in San Francisco to pursue ruthless art thieves who steal priceless masters from a private residence, thus sparking an adventure of cat and mouse across Europe, with deadly results. Church is tested to his limits and finds his considerable talents pushed to the edge as the body count rises and the paintings grow more distant. This book is author Michels’ first installment in the ongoing adventures of William Church. Written in the best tradition of hard-boiled heist fiction, Church will please thriller and crime-adventure aficionados, and anyone who just loves a good story well told. This is the birth of a new anti-hero in a novel that moves fast and furious, while being populated with rich and multi-dimensional characters.

Joseph W. Michels is a novelist who makes his home in San Francisco. His earlier works, OUTBOUND FROM VIRGINIA and BICYCLE DREAMS, tell the stories of men who reflect the independence and optimism of a rapidly changing America in the period from 1890 to the 1930’s. His latest series of novels introduces the urbane but deadly William Church. Two titles in the series are already out: CHURCH and THE KINGSTONE RANSOM. A third Church novel is in the works.