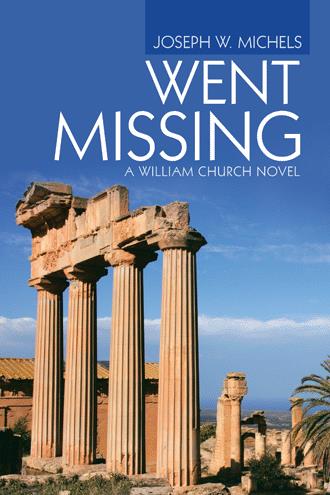 Ariella and I climbed out of the car and walked towards them. “Which of you is Haris’ son, Actor?” I shouted. “I’m Actor,” said a solidly built man of average height who I guessed was in his late twenties. “Well, you’re a hard man to find…so is your father,” I said once we’d approached near enough to speak in a conversational tone. “And you and your lady are foolish travelers unwilling to appreciate how things are done in Crete,” he replied angrily. “Come now, I don’t think Cretan etiquette supports concealment of the whereabouts of a devoted scholar of ancient Crete, especially one so highly regarded internationally,” argued Ariella sarcastically. “That is my father’s business, not mine or my brother’s,” shouted Actor, “but we will not allow you to demand an accounting from him…that is our way…so take your questions and leave us be or we will make you regret ever coming to Crete!” There was a momentary pause as everyone waited to see what, if any, effect Actor’s threat had on Ariella and myself. During that pause I scanned the windows of the farm houses, noting surreptitious glances by women and children out from between the folds of window drapes on second floor windows. “Perhaps you’ll be kind enough to have your father come out and deliver his threats in person,” I said sarcastically, “or has he fled Chania out of fright?” “He is not here,” replied Actor angrily, “and his whereabouts is none of your business…I thought I’d made that clear!” “I’m afraid we can’t settle for that, so you’ll have to account for your father’s actions, Actor, and also let us know where we can find him,” I said in a level voice. Actor shook his head as if to convey his sense of my stupidity, then signaled to the young man standing next to him. Instantly, they both charged, expecting to overwhelm me—Actor, leveling a direct assault at my upper torso and head, while the other guy dove for my legs, intending to wrestle me to the ground. But Ariella leveled a vicious kick at the head of the wrestler as he bent down to reach my legs, while I parried Actor’s jabs with my longer reach then counter punched. Momentarily stunned, Actor had no chance to respond before I followed with a hard left-hand blow to his solar plexus then a swift right upper cut to his jaw. Both men were now down on the ground; Ariella seized the opportunity, stomping on the right arm of the man she’d kicked. The two younger men with rake handles rushed forward, preparing to drive us away from their embattled companions, but Ariella pulled out her Jericho semiautomatic and shouted, “Stay where you are!” A hush settled over the scene as it became clear the initiative had decisively shifted to Ariella and myself. I reached down and helped Actor up, “Your buddy will need some medical attention since it looks like his wrist is broken,” I said calmly, “so why don’t you tell us what we need to know?” Actor felt his jaw then spat blood from having bitten his tongue. “That man who was attacked by your bitch of a woman is my brother, Bardas.” “Well then, that’s all the more reason for you to cooperate…you wouldn’t want Bardas to be deprived of medical assistance over a trivial matter like family honor…would you?” Actor spat again, “There is nothing more important than family honor in Crete!” “We’ll have to see…won’t we,” I said, “Ariella, place a round in Bardas’ leg…a flesh wound.” “You wouldn’t!” shouted Actor fearfully. “She would…and you know she would, so stop this nonsense about protecting your father and the honor of your family and tell us what we need to know,” I said. “Why?” Actor shouted. “It won’t do you any good…he’s left the country.” “With or without the woman archaeologist?…tell me!” I shouted menacingly. 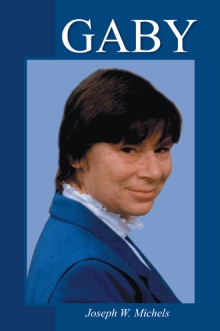 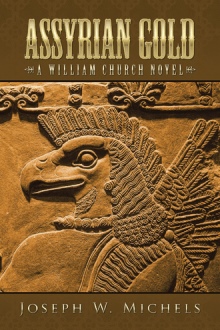 Baroness Emily Wood, a distinguished archaeologist, is reported missing during a brief visit to an ancient Greek site on the island of Crete. Discreet inquiries undertaken by the institute that employs her are unsuccessful in determining Dr. Wood’s whereabouts. Fearing she may have been abducted, the institute’s director approaches William Church for assistance. William Church, a freelance recovery specialist based in San Francisco and London, is commissioned by the institute’s director to travel to Crete in the hopes of locating her. Owing to the fact that Baroness Wood is also a member of the House of Lords, there is concern her mysterious disappearance could cause the British government unwelcome embarrassment. Accordingly, Church is instructed to secure her release by whatever means necessary in the event she has fallen into the hands of criminals. With the aid of his associate, Ariella Brandt, a former member of an elite Israeli military unit, and that of Aaron, a shadowy Israeli operative, Church traces the path of the missing woman, even as it leads to the politically unstable eastern region of Libya. Despite being confronted by local militias and violent jihadis, Church and his team discover where the baroness is being held, then forcibly rescue her. Racing for the Libyan coast and to the motor yacht waiting to pick them up, Church and his party run a gauntlet of angry armed men intent on stopping them.

JOSEPH W. MICHELS came to fiction writing after a long and productive career as an archaeologist and cultural anthropologist. WENT MISSING is his twelfth work of fiction and the sixth featuring William Church—the indomitable protagonist whose adventures have attracted a loyal following.