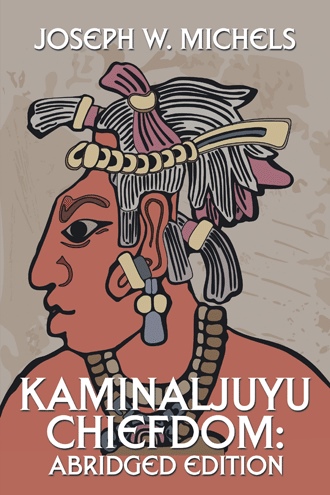 EARLY TERMINAL FORMATIVE BURIAL PRACTICES Excavation of Mound E-III-3 revealed highly elaborate tombs. It also revealed that the mound underwent periodic expansion/renovation, possibly correlated with the interment of an important moiety chief. The lavishness of the burial furnishings of Early Terminal Formative mounds contrasts with the more modest mortuary settings of Late Formative moiety chiefs. This might indicate that the tendency towards deification of secular leaders was intensified during the Early Terminal Formative phase. Furthermore, the observation that ceremonial precincts tended to display larger numbers of low-lying platforms as well as small-scale conical mounds would suggest that the pantheon of gods worshipped and propitiated within the ceremonial center had evolved greater complexity. The resident priesthood charged with administering to the pantheon was probably also enlarged in a commensurate fashion. One of the consequences would be, of course, larger numbers of elite residential platforms housing the priesthood within the ceremonial precinct. A difficulty arises, however, in making the simple inference that small low-lying mounds represent such elite residential platforms. This is due to the fact that the focus upon mortuary ceremonialism carries over to personnel not entitled to a tomb within the moiety temple. A new type of interment appears, involving small low-lying mounds which cap subterranean burial chambers. One of these was excavated—Mound A-VI-6—which forms a part of the A-V-6 mound group in the Mixco subchiefdom lineage precinct. The burial chamber was a collective tomb involving interments of multiple individuals at different points in time. It probably represented the tomb of an elite lineage, but one which was not paramount within the conical clan subchiefdom of Mixco. The mound capping of the tomb is indistinguishable from any of the small low-lying platforms which supported an elite residential structure during the same phase. As a result, the only reliable way to determine the function of small low-lying platforms is to excavate them. With the exception of the A-VI-6 mound this has not been done. It is, therefore, difficult to determine how many of the small low-lying platforms within each of the ceremonial precincts represent residences of elite families and how many represent elite tombs of lesser lineages within the subchiefdom. EARLY TERMINAL FORMATIVE HOUSEHOLDS The transition from Late Formative to Early Terminal Formative is associated with a shift from a sharp spatial partitioning of ceremonial versus residential loci within each subchiefdom precinct to one where there is recognizable proximity. This correlates well with a household rank composition shift. During the Late Formative, the El Incienso and Santa Rosita precincts were composed of households of which 60% and 64%, respectively, were elite. While in Catarina Pinula only 25% of the households were elite, and in San Carlos and Mixco there were no elite households identified at all. Thus non-elite households largely dominated the site. In the Early Terminal Formative phase, on the other hand, 84% of El Incienso households were elite, as were 91% of Santa Rosita households, 100% of San Carlos households, and 75% of Mixco households. The lowest proportion of households identified as elite were ascribable to Catarina Pinula, where only 48% were so ranked, but as the number of households identified in the Catarina Pinula precinct was so small the low percentage is very likely a product of sampling error. The contrast is dramatic. The site of Kaminaljuyu during the Early Terminal Formative, on the basis of these percentage figures, was clearly a community comprising the elite of the entire chiefdom. The small percentage of non-elite households probably served in the capacity of retainers. Such concentration of elite households within Kaminaljuyu indicates that the site was wholly unlike communities within the sustaining area. It is unlikely that any of the households belonged to farmers. Virtually all residents could be expected to participate in some aspect of chiefdom administration. RITUAL AND STATUS CRAFTS A corollary of its new status would be the expectation that Kaminaljuyu would now exhibit conspicuous craft specialization. This, in fact, appears to be the case. A group of artifact types believed to denote the manufacture of exotic goods has been identified. The complex includes a variety of stone tools that function as work surfaces, abraders, and pounders, together with a variety of materials such as mineral pigments, quartz crystal, iron pyrite, mica sheets, etc. During the Early Terminal Formative phase, Rank I (elite) households appear to be engaged in the manufacture of specialized artifacts relating to the display of status or to the conduct of religious ritual. This also happens to be true with respect to Rank II (elite) households that show up for the first time in this phase. In every case, Rank II households were associated with the complex of artifacts believed to denote the manufacture of exotic goods. What this suggests is that the residential composition of the site of Kaminaljuyu during the Early Terminal Formative phase involved a preponderance of households of elite status engaged in the production of articles that would serve a primary role in religious ritual, either with respect to the context of ritual itself or with respect to the production of burial paraphernalia that would communicate the very high status of individuals to be interred. 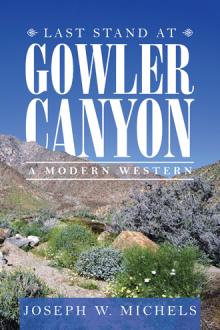 This abridged edition of the 1979 work entitled The Kaminaljuyu Chiefdom is intended to provide a readable portrait of the ancient Maya of this highland Guatemalan archaeological site. Most of the original book’s methodological and technical sections have been left out so that the reader can more easily focus on the main theme of the work, namely how a society adapts to changing conditions over millennia while retaining organizational continuity. Kaminaljuyu first appears in the archaeological record as a small nucleated village located near a small lake but, over time, grew into a major ceremonial and political center that played an important role in the regional and transregional economies of the time. Unsettled conditions challenged the political fabric of the center, necessitating organizational and societal adjustments. Monumental architecture—temples, tombs, shrines, ball courts, homes for the nobility—lay concealed under hundreds of earthen mounds and signal the presence of eleven archaeologically recognizable phases. The archaeological remains of the site of Kaminaljuyu have, over the years, been profoundly affected by the ceaseless expansion of Guatemala City, making research at the site enormously difficult. Mounting a large-scale, systematic investigation of the kind undertaken by the Penn State University Kaminaljuyu Project—the project that provided much of the underlying empirical evidence for the ideas developed here—is sadly no longer possible. Nevertheless, archaeologists continue to study what remains of the site, owing to its importance to Mesoamerican prehistory.

Joseph W. Michels, emeritus professor of anthropology, codirected the Penn State University Kaminaljuyu archaeological project that ran from 1968 through 1971. Subsequently, he served as coeditor of the Penn State University Press monograph series on Kaminaljuyu. Prof. Michels has earned international recognition for his research on emergent complex societies, including (in addition to the ancient Maya) the Aksumite civilization of Ethiopia and the Nuragic civilization of Sardinia.