Part 1: THE LEGEND OF CRATOX THE CONQUEROR

Part 2: THE UNDERGROUND TUNNEL AND THE SOUL DEVOURER 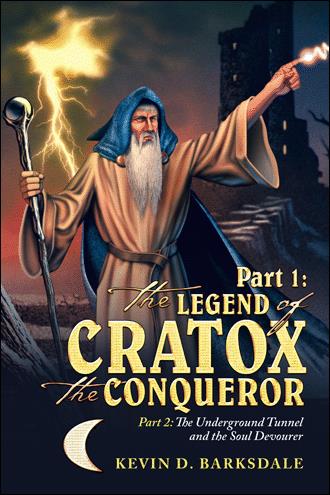 The Legend of Cratox the Conqueror LONG…LONG… AGO, BEFORE the existence of man or any living organisms of the Earth realm, there existed a principality called the thirteenth realm that was home to some of the most treacherous beings that ever lived. Anarchy was a daily activity for these devilish, abominations. Nothing ever had a chance to mature into its purest form of downright evil before it was either destroyed or absorbed into something else’s grab bag of tricks and deceit. Order didn’t have any meaning on these plains, now skirmishes would happen all across the realm and nothing would ever be disputed or compromised, the only law was take or be taken. Kingdoms within in this realm would often topple, every new moon by rights of the strongest and most powerful creatures willing to attack and conquer the current leader’s in-order to achieve monarchy and loyal servants that would do just about anything, just to continue their survival. Now my name is Prince Comar and I became the [Official-Archive Keeper and Narrator] of the events to come, only because of a fallen King’s last request to spare his son’s life. The deal was the conqueror would inherit a group of ghastly monstrosities called the Floating Ghouls for the son’s life to use them however he saw fit. You see, in this celestial principality. A dark warrior was known and feared throughout the multiple kingdoms for his fierce and savage ways. For his name was Cratox, it was said... that death would even flinch, when it was sent to collect the very essences of this Dark Lord after an intense battle. For the creature had an incredible way to use dark energy to heal itself in his chambers. Some say... they have even seen death fleeing from the room with signs of terror. The creature feared nothing in his realm and it would be the same if he was able to reach other worlds, but he had one secret and no one knew except me… Prince Comar, his closest servant. For I was the only one that knew, The Dark Lord’s… Achilles heel. 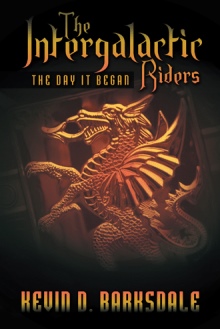 In a place known as the Thirteenth Realm, Cratox the Conqueror rises to power, claiming victory over all who oppose him. Leaving a relentless path of destruction, the warrior destroys kingdom by kingdom until the entire eastern hemisphere of the Thirteenth Realm had been engulfed. Then he sets his sights on the western frontier, separated from him by a dangerous ocean. Cratox believes that taking over that land will make him an unstoppable ruler. He sends his two best scouts, Demlin and Dalock, to survey the land and report back to him. And it is there that Cratox finds his ultimate test: three celestial warlocks named Lucor, Nimex, and Maltec. Having anticipated the warlord’s movements for centuries, the three celestial beings capture both scouts and offer one of them a deal that he cannot refuse—and returning the other as a gruesome warning. Cratox plans a surprise of his own in return, but only time will tell whether this battle will be more than he is prepared to face. In this fantasy novel, a warlord setting out to conquer his world finds himself facing an unexpected challenge in the form of three powerful warlocks.

Kevin D. Barksdale is the author of The Intergalactic Riders: The Day It Began and is currently in the process of adapting it into a mini book series, including backstories and new characters. He currently lives in Orange, New Jersey.