The Day It Began 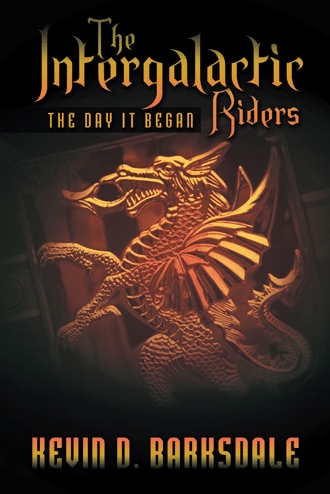 THE INTERGALACTIC RIDERS
“THE DAY IT BEGAN”

The Intergalactic Riders by Kevin D. Barksdale a published author of a new and exciting Science-Fiction Novel that takes the reader on an incredible adventure into the past and then forward again on a trip through the Galaxy to stop a diabolical tyrant from unleashing an ancient and powerful un-adulterated evil which could ultimately destroy The Intergalactic Riders Home-World and other neighboring galaxies.
Sci-Fi NOVEL
THE INTERGALACTIC RIDERS
"THE DAY IT BEGAN"
∞

“THE DAY IT BEGAN”

“The Day It Began,” “The year is 3150 AD.,” and I am Altar a young Guardian assigned by my Elders to a special team and this is called “The Intergalactic Riders.” My memoir of this journey begins a millennium and some years into the future when a new and elite team is born with extraordinary talents. Creating a special galactic patrol established by the Elder’s of my home- world and the Planet Alliance from this universe. Their mission was always peace and harmony until one day a stranger entered their home world. This stranger brought new wondrous technology and gadgets to the inter-galactic patrol that enabled them to move in and out of galaxies with only minimal equipment attachments.
And when the stranger was asked about the cost of the futuristic technology that they were given “His reply,” “I believe that we will be able to work out a reasonable payment plan to cover the cost.” And in the next sentence, “he says” “in three months I will return with the payment obligations.” If my terms are feasible and the purchase of the merchandise is acceptable then a hand shake is good enough to seal the deal.
So the Captain of the patrol and Ambassadors of their worlds invited the stranger to an evening feast with the team and inhabitants of their planets. After the feast and activities the deal was sealed and the stranger left without haste in the same manner that he entered their Universe. Now, the next day an early morning meeting is held by Captain Burke and his team consisting of six special members handpicked by the ambassadors of each world within their universe, each member of the inter-galactic patrol possessed an incredible ability that was unmatched by the populations of the total planets within their system.
Starting with First Lieutenant Siegel of planet Oredes, Second Lieutenant Wright of planet Lunexis, Chief Maddicks of planet Mecanis, Sergeant Weis of planet Aqueous, Corporal Biggs of planet Balmore- also teams weapon specialist, lastly Patrolman Brice of planet Zerian which stands for intergalactic patrols home world. Considered to be a routine patrol throughout the neighboring galaxies to check in on the inhabitants and other world dwellers the team would be split up to cover more territory in the quadrant or further most parts of the galaxies.
The team was very excited to proceed with this mission to try out the new equipment that they were given, because their older gadgets were heavy and bulky especially when entering and exiting different atmospheres. 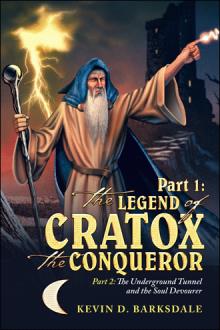 Part 1: THE LEGEND OF CRATOX THE CONQUEROR
Kevin D. Barksdale
$20.99

In AD 3150 on Zerian, the home world of the Intergalactic Riders, the past has come back to haunt the peoples of the galaxy. A chain of events is about to unleash an ancient and powerful evil. Every living being in the galaxy faces the very real threat of annihilation unless a young guardian named Altar can find a way to get a message across the time barrier. Can an action of the present truly impact history?

As Altar travels ahead of a team of extraordinary heroes to locate the signal that is resonating from the Trimex galaxy, he finds his capsule being pulled into a temporal superstorm that bridges the gap to another galaxy from the past called the Milky Way. Altar is transported back in time to man’s earliest beginnings, where his directives and mission becomes entangled.

There, the guardian must piece together all the clues and make a choice, as time becomes his greatest enemy. Will Altar decipher the diabolical scheme in time to stop a tyrant’s revenge, or will the fate of the past and future galaxies be decided by an ancient and terrifying evil with access to powers beyond his comprehension?

Altar and the Intergalactic Riders must race against time to save the galaxy from annihilation. If Zerian falls from the heavens, could Earth be next?

Kevin D. Barksdale served in the US Navy as a mechanical engineer on the USS Saipan. After leaving the service, he worked in real estate. He is currently a self-employed entrepreneur whose hobbies include offshore diving and deep-sea fishing. He lives in Newark, New Jersey.