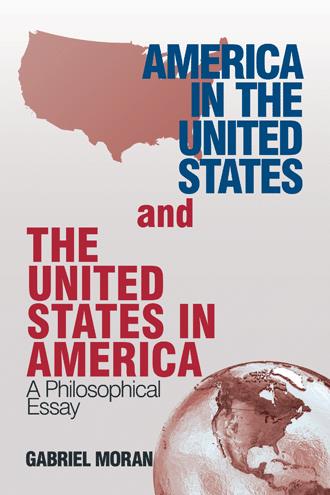 Preview The premise of this book can be simply stated: The most basic problem in the United States is confusion between itself, a nation-state, and an idea, America. And because of the position that the United States currently occupies, its basic problem is an important problem for the whole world. The solution to this problem can also be simply stated: People, especially world leaders, should speak in a way that eliminates, or at least mitigates, this confusion. This book advocates a distinction that everyone knows and that everyone knows is correct; yet the distinction is constantly violated in practice. The violations are so common that there is only a dim awareness that there is any problem at all. That is why it is the most basic problem in the United States, a problem that influences U.S. foreign policy and every aspect of domestic life. “America” from the beginning of its existence has referred both to an idea and to a continent. As a result, when the United States equates itself with America it does two things: it confuses the country with a mythical idea and it obscures the existence of other American nations. If the United States regularly referred to Germany as “Europe,” that would understandably draw protests from France, Italy or Spain. And yet European leaders consistently refer to Europe and America when clearly they are referring to Europe and the United States. The distinction advocated in this book is thus a struggle on two fronts. First, the distinction is an insistence that the United States is a nation, not an idea. Second, the distinction recognizes that the United States is one of the nations on the American continent. Consequently, if the distinction between “the United States” and “America” were put into practice, it would have two effects: It would restrain the United States in its missionary impulse toward the rest of the world and it would encourage bi-lateral relations with other American nations. A clear distinction between the American nation of the United States and the mythical idea about that country would make possible a better politics. However, the possibility should be acknowledged that if this distinction were ever to be consistently made, the country might literally fall apart. Many U.S. people believe in America but they do not accept the nation-state of the United States and its government. Presidential elections since 2008 have shown that it is no exaggeration to say that the existence of a United States has become an issue. The election and re-election of a black president seemed to bring to the surface the unresolved problem of the unity of the United States and the identity of “the American.” The most potent problem from the beginning of the country was slavery. The grand words on equality in the 1776 Declaration were contradicted by the fact that the author of the document and many of its signers were slaveholders. The authors of the U.S. Constitution tried to avoid the issue of slavery; they did not even use the word. They only postponed the showdown that occurred with the United States’ Civil War. Slavery was finally outlawed, and in the immediate aftermath of the war there was an attempt to create a new union, starting with the thirteenth, fourteenth and fifteenth amendments. The reformers succeeded in re-establishing a union of states but the forces of disunion never went away. The union that resulted was not mainly a political unity but a union of states tenuously held together by the idea of America. The country today bears a similarity to the country in the 1850s but with higher stakes for the world. There is appeal on both right and left to “the nation conceived in liberty” but the name of a group such as the Tea Party appeals to an event before the United States existed. The question today is whether a flawed United States Constitution, which is extremely difficult to amend, can be the basis for an effective political union in the twenty-first century. At present, it is a practical impossibility to get this question directly addressed. Underneath the claim that “America is the greatest nation in history” is a shaky hold on the faith. The unity and stability of the United States may be more tenuous than is usually recognized. A poll in 2014 found that almost one-fourth of the people in the United States “strongly support or tended to support” the secession of their state from the union. As the example of the Soviet Union shows, the dissolution of a fragile union can be rapid. If U.S. people were to stop believing in America, the many people who “hate America” might get more than they have wished for. Celebrants of America in the sovereign states of South Carolina or Texas might have a chance to discover what life would be like without the help of the United States. At least for the present, the United States is “too big to fail.” What the United States has and what the Soviet Union lacked is a world of co-dependents. The fall of the Soviet empire caused tremors around the world; but the break-up of the United States would set off a tidal wave of uncontrollable effects. The world might eventually be better off without the United States but a preferable course would be that the United States move toward becoming a political unit that can realistically look at its strengths and its failures, and become one nation within a community of nations. 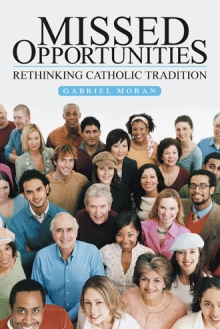 Gabriel Moran is professor emeritus of educational philosophy at New York University. He has published more than two dozen books during a span of fifty years. His recent works include Living Nonviolently: Language for Resisting Violence (2011) and Uniquely Human: The Basis of Human Rights (2013). Moran’s writing is especially focused on how language shapes our thinking.