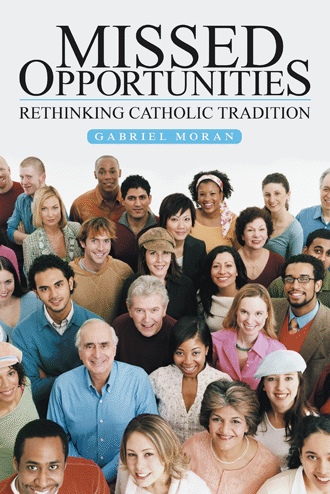 The Roman Catholic Church likes to move at a pace in which change can be brought about during decades and centuries. Today’s world does not allow for that kind of leisurely movement. The window of opportunity for significant changes is open for a short time, not decades and centuries but months and years. Cardinal Walter Kasper, a key voice for reform, said in a 2014 speech that Pope Francis’ plans are “a program for a century or more.” That is the way a pope should be thinking but he still needs parts of that program to be taking effect in the immediate future.

The church’s great strength is that its long tradition contains such variety that it can draw upon a different strand of that tradition when the necessity of change becomes apparent. The church does not deny its past; instead, it emphasizes something from the past which differs from the current picture. The Vatican once described religious freedom as madness; but eventually the value of religious freedom came to be recognized. Similarly, after a long history of condemning interest on loans, the Vatican set up its own bank. Such a strategy for changing the church may seem fraudulent and sometimes it is. But given the ambiguity of all language and the variety of contexts in which church teaching has existed, a near reversal of doctrine can sometimes be defended.

One of the first statements of the Pope that caught the public’s attention was his answer to a question about gay people. “Who am I to judge?” was his reply. It was a great first step in a change of attitude for church officials. However, several people, including a few late night comedians, came back with the comment that judging is precisely what popes do. They were right. There are other things that popes do but doctrines are about judging. It is not sufficient for the pope or a bishop to say that they do not judge. They judge every time that they simply restate a church doctrine. Their job in some areas is to correct inaccurate judgments from the past that are still on the books.

In his first major document Pope Francis was surprisingly definitive in saying that the ordination of women is “beyond discussion.” That pronouncement was understandably disappointing to many people. But perhaps the discussion should start with: Why ordain men? The place of priestly and other forms of ministry in a community needs to be part of the discussion. The Roman Catholic Church has a structural problem in a lack of equality for women. Ordaining women into the present structure would not guarantee the kind of change that is needed for recognizing the equality of women in the church. Whether the present pope fully grasps the extent of this problem remains a question.

Serious attempts to restructure the church would have been easier fifty years ago when reform would not have seemed to be an attempt to shore up a collapsing system. Still, the Roman Catholic Church continues to have enough size, loyalty, vitality, and influence to combine the stability and insights of a long tradition with the flexible organization and worldwide communication that are possible and necessary in the twenty-first century.

The Roman Catholic Church is likely due for more chaos and contentiousness before a new structure can emerge. But the church is seriously in danger of losing generations of educated people who will not play laity in a structure that divides into two classes. The solution for “laity” is not a better definition of the term but simply to stop using it. When there is no group of people called “the hierarchy” and no “laity” a discussion of church reform can begin. This proposal is hardly a radical demand. It is simply following through on the Second Vatican Council’s aborted attempt to say that if baptism establishes one’s full membership in the church then there is no higher class to aspire to in the church. Whatever titles and offices some members (temporarily) hold, all members are called to serve one another and to present to the larger world a community of brothers and sisters who are dedicated to justice for all people.

A conversation between Christians and other religious people is indispensable today but it will not get started with the sixteenth-century term “Christian revelation.” A conversation can only be based on the premise that there is one God, one creation, one divine revelation to which Christians, Jews, Muslims and others respond with their own best lights and faithful lives. Each of the religions may claim – probably must claim – that their interpretation of divine revelation is superior to all others. That belief does not stop a conversation. The diversity of interpretations can be a rich source for reflection, learning and debate.

What a Roman Catholic brings to the table is a complex set of doctrinal beliefs that distinguishes Catholic Christians from Muslims, Jews, Protestant Christians, and other religious people. The Catholic tradition does not lop off beliefs from the past on the basis that they seem out of fashion in the present. The two thousand “defined doctrines” of the Roman Catholic Church are a kind of kaleidoscope through which to view reality. Some of the doctrines make no sense to me but I am not inclined to oppose them. Perhaps the doctrine will make more sense to a future generation and in a different context. Or perhaps we still have to puzzle out what a previous generation was trying to get at. In any case, Catholic tradition can be an endlessly fascinating storehouse for intelligence, imagination, and playful possibilities. 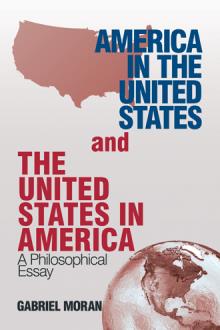 Missed Opportunities: Rethinking Catholic Tradition opens up a dialogue between the official teachings of the Roman Catholic Church and the challenges the contemporary world presents to that institution’s tradition of moral doctrines. It grounds this dialogue on a re-examination of the foundational issues of church reform and the many ways that the church teaches. Then Missed Opportunities turns its attention to a sequence of complex issues.

Resting his analysis upon research and a half-century’s experience with the educational programs of the Roman Catholic Church, Gabriel Moran, a retired professor of educational philosophy, sets the groundwork and then examines a variety of connected issues, including birth and death, abortion, the natural world, suffering and pain, nonviolence, grief and mourning, issues of human sexuality, responsibility, environmentalism, and religious education.

Missed Opportunities: Rethinking Catholic Tradition guides readers through the depths of the societal challenges facing the Roman Catholic Church. By looking carefully at the nature of Catholic tradition and reconsidering how to bring that tradition into conversation with contemporary issues, Missed Opportunities proposes a pathway for the church to follow to undergo an honest and thorough reform, to regain its credibility in the midst of a society grown dubious, and to speak to today’s issues in a voice consonant with the best resources in the Catholic tradition.

Gabriel Moran, professor emeritus of educational philosophy at New York University, has worked with the Roman Catholic Church’s educational programs for more than fifty years. He has written twenty-five books, including many on religious education. Until her death, his wife Maria Harris was his collaborator in teaching and writing.