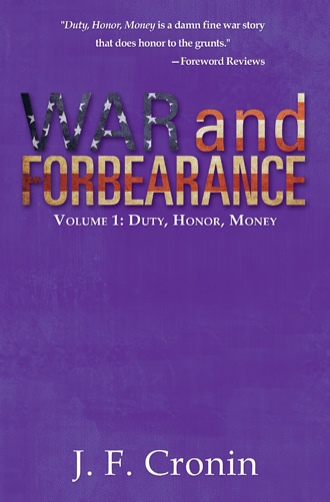 Colonel Neil Sedak, like others in uniform, is not seen as a hero. A nonstereotypical army officer without the hard edge expected of those sworn to defend America, Sedak’s life takes a different turn after the events of September 11, 2001 lead him into a downward spiral. But when his former boss asks Sedak to meet with him, suddenly everything changes again.

Jerry Brynes, now working for a defense contractor, reveals a shocking clandestine plan instigated by several people in the White House: America is going to pivot its attention from Afghanistan to Iraq, start a war, and then repair, replace, or improve the infrastructure destroyed during the battle. After Brynes convinces Sedak to retire and start a competitive security fi rm that caters to the smaller companies that also want in on the deal, troops and contractors invade the Middle East where combat is just beginning within a chaotic environment fueled by depravity, greed, murder, and heroism. But as the clock ticks away and more lives are lost, everyone wonders if America can ever win a war based on an illegal premise.

War and Forbearance shares a powerful tale about modern warfare, its corruptions, successes, and troubling effects on its participants as America stumbles into Iraq in a post-September 11, 2001 world.

J. F. CRONIN is a retired marine general officer who has written extensively about the state of political military affairs in America. He currently resides at South Point, Hawaii. War and Forbearance is the second book in a trilogy about America’s stumble into Iraq and Afghanistan.