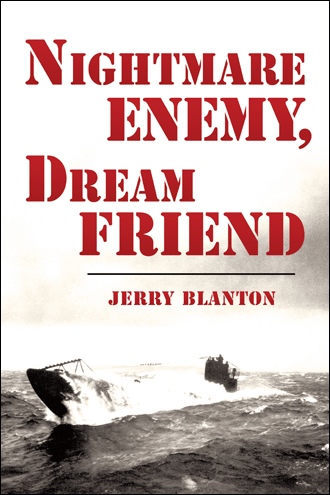 Blue Ink Review Nightmare Enemy, Dream Friend Jerry Blanton iUniverse, 326 pages, (paperback) $20.99, 9781532005596 (Reviewed: January, 2017) Jerry Blanton has done his research well and written a powerful historical novel. Like its title, the novel is about both a nightmare and a dream. Readers are swept along into the rise of National Socialism and the events leading to WWII, through the eyes of a dreamer, a good man trying to be a good German. Luther Weitgucker, a devout Lutheran from Dresden, wishes only to live a Christian life. He becomes a doctor, but is swept up by the times and finds himself without a way to make a living as patients dwindle. Teenagers and young men are either in Hitler Youth camps or military service, which had its own medical staff. And “the Nazis were eliminating those with chronic illnesses and genetic defects–exactly those patients who would come most often to his office,” as well as those with sexually transmitted diseases, Jewish patients, and others. Desperate, Weitgucker decides to “bend but not break and survive this war and this regime.” He joins the navy, commands a submarine, and struggles to balance his ethics with wartime exigencies, all while keeping his beliefs a close-held secret. The novel asks: Can one go on a spiritual quest in conditions like this? This amazingly aware protagonist brings books like Hermann Hesse’s Siddhartha, German theologian Dietrich Bonhoeffer’s Discipleship, and of course, the Bible aboard his submarine. He holds fast to his ethics while sinking ships. Blanton includes biblical quotes and Christian references in the narrative, but the story never proselytizes. Occasionally, the prose is overwritten, such as a flowery description comparing qualities of water to a woman—a minor distraction. Readers will have a hard time putting the book down. There’s action, drama, a unique view of the Nazi era, and, without preaching, a tale of a man who, like German theologian Bonhoeffer, was a “follower of Christ who eschewed the mysteries of the bible” during the nightmare years. 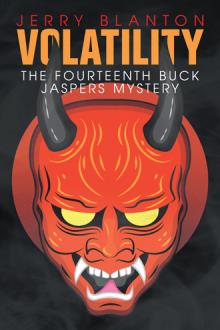 As Luther Weitgucker grows up Protestant in early 1900s Dresden, he lives a charmed existence near the River Elbe, nursing little creatures and humans back to health. As his naturally inquisitive nature and desire to cure disease leads him to dream of becoming a doctor one day, Luther has no idea that a world war is looming in the near future that will change everything for him and everyone he loves.

While the Nazi Party gains steam, Luther dives into his studies at the University of Bonn, marries his longtime girlfriend, Sigrid, and eventually focuses on fatherhood as his three sons are born. After Luther decides to join the military, he must not only survive the war but also keep his true views of the Nazis close to his chest. But as Luther’s path crosses with those of his villainous foes, he is guided by his character to perform heroic feats that exceed expectations and shine a light on friendships that can survive even war.

In this military tale, a young German man enters the chaos of World War II where he must lead a U-boat crew while attempting to maintain his Christian faith, heal others, and love all as brothers and sisters.

Jerry Blanton has taught high school English, managed a bookstore, served as an academic dean, and worked as a copywriter, proofreader, English professor, and writer. He has written more than twenty books that include mysteries, sci-fi novels, and poetry collections. Jerry currently resides in Homestead, Florida.