Legacy of the Easter Rising

Blood Will Have Blood 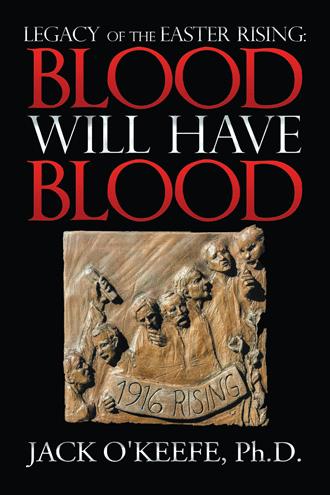 The most important event in Irish history, The Dublin Easter Rising of 1916, almost never came off. Michael Collins, later head of the Irish Free State, stated of the Rising, “On the whole it was bungled terribly, costing many a good life. It seemed at first to be well-organised, but afterwards became subjected to panic decisions and to a great lack of very essential organization and cooperation.” (Coogan 1916 126-127). Many things went wrong before the Rising. Eoin MacNeill, head of the National Volunteers, a military organization with hundreds of members, opposed it, even writing in The Irish Times on Easter Sunday the day before the Rising that there should be peace, causing confusion in its members—resulting in many men not partaking in the rebellion. Jerry Murphy, a National Volunteer, remained true to the Cause and wanted to fight. One of MacNeill's motives for not rebelling was the capture of Roger Casement the day before and the scuttling of the German ship Aud, bringing arms and explosives Casement had negotiated for to the Rising. 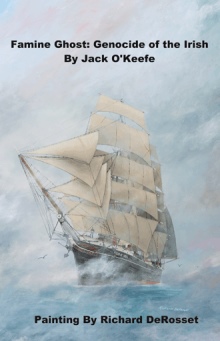 The book begins with a survey of the hatred beween England and Ireland, dating back to the time of Queen Elizabeth, and then is followed by references to the Irish potato famine. American President Wilson was against Ireland in the Rising, even leaking information to the British. This book reports on the turmoil of the 1916 Easter Rising in Dublin and focuses on an English killer, Major Browne, and an Irish soldier, Jerry Murphy. They encounter one another in Dingle again where the Englishman murders the Irish rebel and sets in motion a trail of revenge with the Irishman’s younger brother Bart killing Major Browne. After learning of his brother’s death, Percival Browne begins his pursuit of Bart Murphy who has become a teaching Christian Brother. Murphy feels guilt over the shooting of the Englishman, and this follows him all his life. Murphy’s superiors assign him to a school in New York with Browne still hunting him and taking a shot at him while he’s on vacation. An Irish nurse cares for Murphy and is also attacked by Browne. Another brother wounds Browne. When the killer learns that Brother Murphy will go on a sabbatical to Dingle, he plans on shooting him there. An FBI agent with an Irish background gets interested in the case and travels to Ireland to safeguard Murphy.

Jack O’Keefe, the son of Irish immigrants, earned a doctorate in English from Loyola University. After teaching at Power Memorial Academy in New York and Brother Rice High School in Chicago, he became a Professor of English for thirty-two years at City Colleges. Author of three books on the Irish--Brother Sleeper Agent, Famine Ghost, and Survivors of the Great Irish Hunger--O’Keefe lives with his wife and grandchildren in Chicago.