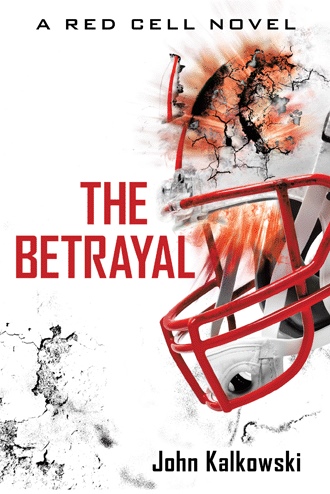 He had never before been repulsed by death. His usual intrigue had decayed at the sight of his best friend being lead to the gallows. The noose collared about Umar Ghazi’s neck seemed almost impatient with its downward tug. It was thicker than Azad expected. The weighted burden visibly pulled at Umar’s spine and forced his head to lean forward. The coarse rope appeared to embrace its duty by constricting the thin cloth wrapped beneath Umar’s bearded face. Looping through an iron beam clamp above him, the slack of rope dangled from the ceiling, swaying against his face with the free frolic of horrific playfulness.

A strobe effect of continuous bright camera flashes haunted the dimly lit balcony. The stains of soul-thirsty apparitions appeared to leak from peels in the ceiling’s plaster. As the flashes sprung through each metal railing, Azad swore he could see other shadowy horrors reaching out expectantly for his friend. This was a ghastly place to die.

Averting his eyes to the balcony’s frame, he could see the square seams of a hinged executioner’s door at Umar’s shoe-tip. Light streamed through the cut-away slits that edged the wooden false-floor into the dizzying emptiness between them.

He pulled away from the corner where he had been standing, mixing into the crowd of witnesses. He wanted a closer look above at the bound man he had once called “Brother.” It did not matter if he was seen—no one else here would know of the two years he had spent holed-up in a secret training facility working closely with the younger man to learn the tactics of cyber espionage. Using his skills to obtain falsified security hadn’t been that big of a challenge and was worth the risk; he owed this much to Umar.

As if in a defiant statement of purity, he decided, Umar was dressed in an all-white two-piece thobe with simple buttons down the front and a pocket on the left chest side. The square-cut tail of his shirt hung to his knees and covered most of his white cotton pants. For the bindings at his wrists, his sleeves had been slightly rolled to his forearms. Smartly dressed, Umar could have passed as a common businessman on any marketplace corner instead of the hate-filled terrorist that he had become.

He watched as a guard cloaked in a black mask urged Umar forward onto the platform with a pull of his arms. Dragging his leg forward with a limp, Umar unsteadily stepped onto the floorboards as sagging creaks uttered their anticipation. Raising a free hand, the guard offered him a blackened hood.

“Do not cover me!” the condemned man spat and shook his head violently sideways. “What? Are you trying to be humane? This,” Umar continued, thrusting his chin toward the noose hanging loosely around his neck, “is no more humane than what America has done to any of us. And you want to hang me for fighting back? For trying to rid our lives of the humiliation and disgrace they have caused us? Their greed has led brother to fight against brother! And you are condemning me for trying to end all of it? Am I not the humane one?”

Nodding his head in agreement, he liked how his friend continued to fight. Pulling his cell phone from his jeans pocket, he hit the video icon with his thumb. He swung his arm around to pan the crowd; there were others that would want to see this and perhaps even use it to promote their cause. To ensure his friend’s legacy, he would upload this final plea to the internet. Looking at the eager crowd, his own anger rose as he decided to make the disposal of each person identified from this video Umar’s eulogy.

“The Americans…they have turned me over to you—my own country—as a symbol of trust,” Umar continued.

He felt Umar’s unblinking stare tear through the silence of the room, as it demanded attention, those hate-filled eyes intent upon persuasion. “They expect justice for my actions in Chicago last year. You are my witnesses that I have done nothing wrong. The Americans are the murderers of innocent lives. The only true justice is for them to experience the very same. America killed millions of blameless civilians in Hiroshima; it wasn’t considered a crime of war. They called it justified! How is that any different than my part in attacks against them? With what they have done to the rest of the world, were my actions not also justified?”

The hooded guard seemed unaffected by the comments as he pulled the hardened slipknot to the doomed terrorist’s shoulder in preparation for the drop. Umar’s gaze automatically dropped to the flat timber below his feet. The boards sagged; a lip of edged wood revealed the trip door bowing beneath his body. Its hinges held firm, not yet ready to give in.

An unwavering voice from the guard boomed through the silence, “FIVE!”

“Think of all the violence, assassinations, overthrown governments,” he stammered as if trying to appeal to any faltering sympathies. And with begging tipped at the rise of his eyebrows, “Torture tactics?”

“You can’t do this to me!” he pleaded through short-breathed screams.

And, as Umar looked downward, their stares connected.

He saw the recognition flash in Umar’s eyes and then noted the considerable fear clenched at Umar’s teeth as a streak of sweat dripped from the man’s brow.

Wild-eyed, the man about to be hanged tensed.

He saw Umar’s knees bend as if he was preparing to leap. The grating sound of the lever and the creak of the hinges below the bound feet began to whine in unison. Umar’s body visibly shuddered as his back straightened with rigidness.

Unhinged, the door sagged. Giving way to Umar’s weight, the spreading wooden planks fell open past their stationary frame. The folded slack of rope began to pull apart with tension.

A sudden empathetic catch of air seized at the back of his own mouth as he watched the drop.

Before Umar’s final breath could dissipate through unresponsive lips, the man made his last rancorous petition to the world. Instead of pleading mercy, his friend wailed out for desperate vengeance against the one responsible for his imminent death. The perpetual fury of the condemned man’s voice echoed throughout the room, battering its palpable heat into every eardrum. The haunting tone, a shrieking bawl, stretched out with an undying last consonant sound, “WILL CONLANNNN!” 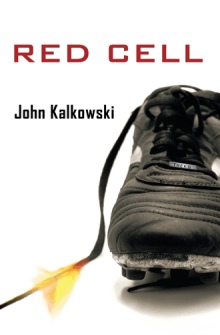 For a little more than a year, fifteen-year-old Will Conlan has led a secret double life. School and sports quietly cover what very few know—his actions as the government’s youngest intelligence operative single-handedly saved Chicago from multiple terrorist attacks. When vengeful radicals learn his identity, though, his relatively secure teenage life gets ripped apart one small piece at a time.

Unaware of the hunt against him, Will tries to fix a freshly ruined grade by using his involvement with the Analytic Red Cell to write a report on how to commit the perfect act of terrorism. Unfortunately, the paper only serves to make matters worse. The first setback comes when his girlfriend, Stacey, is kidnapped. And then during a rescue attempt, he learns of a scheme to harm thousands of Big Red fans attending a college football game. All too late, Will realizes his own perfect plot is unfolding against everything he values. In this thrilling sequel to Red Cell, the government’s youngest asset is left alone to stop his own plan and escape those who believe in his betrayal.

John Kalkowski earned a nomination for the Nebraska Golden Sower Award with his first novel, Red Cell. In this sequel, he takes the action to his favorite of all sports teams, the Nebraska Huskers. He has taught middle-school language arts for nineteen years and lives in Omaha with his wife and two children.