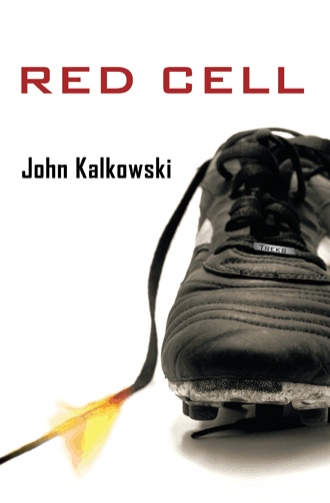 The red stamp stained itself diagonally across the manila folder. The warning was clear, though rarely do such furtive things so boldly announce their presence. Yet confidential files as this were not uncommon in this government office. In fact, the man behind the desk where the folder lay may well be asked to review dozens of these in a given day. But what made this particular folder so interesting is that he wasn’t examining this one. He was the mastermind behind the project. And by mere notion, it had become classified. It wouldn’t just be his reputation on the line if it became public.

Even though he firmly stood by his theory, its contents made him more excited and more apprehensive than any covert operation he had ever been part of. Never had such extreme feelings played tug-of-war with his guts; one moment his stomach would swell with nausea and the next flutter with butterflies and his enthusiasm could instantly condense into cold sweats.

Yet to the untrained eye, he was a pillar of composure. His finger smoothly traced the rounded edge of the folder’s tab as his left hand held steady the morning’s newspaper. Crumpled and smudgy under his grip, the paper had aged under his intense stare and scrutiny—he had been clutching the page for most of the morning. If not for his conscious movements of his right index finger, one would think he had been petrified from what he had read, yet it easily enough gave away his thoughts. Folded over to the third page of the sports section his thumb underscored the headline, “Injun-uity!”

The article told the story of the thrilling finish for a local Pony league baseball team as they triumphed over a bitter rival the night before. The Chiefs may not have come away with a “W” at their season’s final game had it not been for the remarkable quick thinking of their fourteen year old star shortstop. Though the Chiefs had been ahead by a run since the fifth inning, the sports writer said the deciding play came just moments before the final at bat.

The night before during the bottom of the ninth inning, Will Conlan, from his shortstop position, glanced over at the runner on third and calculated how many paces off the bag the guy had stepped off for a lead. Digging his fist into the pit of his glove and sweeping the loose gravel with the inside of his cleat, Will readied himself to snag any hit in his vicinity. The opposing Knights had their backs to the wall and Will figured the batter would be desperate to put the ball into play to try to score their runner. Will hoped Cody, the pitcher, would throw something that could only be chopped for a grounder.

Stepping off the back of the mound, Cody flipped the rosin bag over with a puff of powered dust in his right hand and took a deep breath before dropping it to the ground. Shuffling back up to the rectangular plate, Cody dug his eyes into the catcher’s mitt. Kicking his leg high, he let loose with the ball. The second it left his hand, the batter slid his hand down the bat for a bunt. The ball shanked straight and hot instead of down the line.

Will noted that Cody’s follow through had twisted him away from the rolling ball. Knowing Cody might not get to the ball in time, Will charged inward, pumping his legs with exertion. He couldn’t simply be a spectator and watch the game slip out of their hands. To Will’s right, the base runner was paralleling his dash homeward.

Just as he was lowering his glove, Cody’s hand came out of nowhere, snatched that ball from the grass, and turned toward first base. Bug-eyed, Will wanted to scream. Couldn’t Cody see what was happening? Had he forgotten about the man on third? In a moment of panic, he desperately called out to Cody, but the play was happening too quickly. Nearly beside the pitcher’s mound, Will was badly out of position, but what did it matter now? His head turned to watch the ball leave Cody’s hand and in that split second Will’s vision caught a second spot of white. Obeying his intuitive nature rather than logic, he countered, stretching his fingers downward around the rosin bag and snapped it sidearm toward home plate.

Ingrained in any catcher’s mind after years of baseball is making that mitt a target. Without truly realizing it, the catcher snatched the flying object out of the air and innately spun to ward off the runner with his fat catcher’s mitt.

The runner, equally disoriented and baffled, had only seen a white sphere sink into the pit of leather. He locked his legs, digging his heels into the dirt. Spinning backward, he charged back to third. The catcher didn’t give chase.

After a long umpire’s conference, they ruled the runner had not been “obstructed” from crossing home plate, thus the play stood as it had occurred on the field. Immediately, two screaming coaches stomped toward the home plate umpire. One shouted that the run should count. The other countered that a run couldn’t count if the base runner never crossed home plate. Shaking his head, he further contested that there was no specific rule against what had happened. The umpire shifted uneasily from foot to foot as he wondered how kids could possibly think of these things.

Shifting slightly in his office chair, the man had replayed that scene over and over in his mind until it almost seemed as if he had been there to witness it. Clasping a thick sharpie, the man drew a red circle around the article. Tapping the newspaper with the cap of his marker, he seemed to make up his mind once and for all. Then, very deliberately, he traced a second circle around the name of the athlete, Will Conlan. Lifting the ink stamped manila folder with the tip of his finger, he slid the article now framed like a bull’s-eye directly inside. 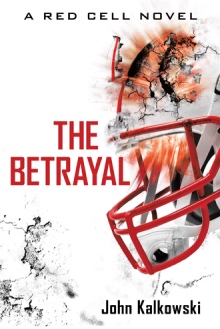 Will Conlan is an unconventional thinker. After winning a baseball game with an innovative toss of a rosin bag, he catches the interest of a chief operative of the Homeland Security’s Analytic Red Cell. Employing the creative problem solving of philosophers, futurists, and Hollywood movie writers, this intelligence unit is seeking any original ideas about anticipating terrorist plots.

As a recent surge of terrorist activity undermines these fresh insights, the operative banks on the notion that Will’s youthful imagination, unclouded by the premise of “it can’t be done,” may provide the key insight they need and seeks to secretly exploit Will’s unhindered “out of the box” thinking.

Unaware of the magnitude of danger surrounding him, Will uncovers something he wasn’t supposed to discover—a connection between a television advertisement and a master terrorist plot. Narrowly surviving, he alone foils a bombing at Wrigley Field. Uncertain about the knowledge he now holds, he has to figure out the terrorists’ next target. Will just doesn’t realize…it’s him.

John Kalkowski has been aware of teens’ creative thinking since his first teaching days. A middle-school language arts teacher for thirteen years, he lives in Omaha with his wife and two children. An avid sports fan, he roots for the Cubs each hopeful season. Red Cell is his first novel.