Four Royal Women and the Fall of the Age of Empires 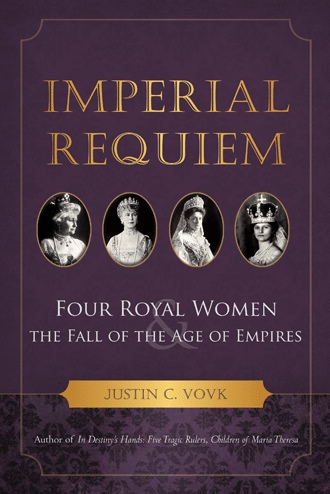 Giving in was exactly what Nicholas II was forced to do. As the imperial train lumbered its way towards Petrograd with the anxious tsar on board, it was halted on March 3, 1917, at Pskov. Waiting there to board the train were some of the Duma’s highest-ranking officials. Desperate to restore order, they confronted Nicholas and forced an ultimatum upon him. He could either rally as many loyal troops as he could and march on the capital, plunging Russia into a bloody and violent civil war, or he could abdicate. Without a second thought, Tsar Nicholas II immediately abdicated. Much like the similarly fated King Louis XVI of France, Nicholas refused to shed the blood of his people for the sake of keeping his throne. “Thus, with the simple stroke of a pen, Nicholas II put an end to the three-hundred-year Romanov dynasty,” wrote one historian. “With his reign ended, so too ended his wife’s position as empress.”

Though he was in the enemy camp, Emperor Charles immediately sent a letter to Wilhelm II decrying the situation: “We are fighting against a new enemy which is more dangerous than the Entente: international revolution, which finds its strongest ally in general starvation. I beseech you not to overlook this portentous aspect of the matter and to reflect that a quick finish to the war even at the cost of heavy sacrifice gives us a chance of confronting this coming upheaval with success.”

In England, King George was alarmed by what had happened. “Bad news from Russia,” he wrote in his diary. “Practically a revolution has broken out in Petrograd, and some of the Guards Regiments have mutinied and killed their officers. This rising is against the Govt. not against the war.” A few days later, his suspicions as to the cause of the revolution were confirmed: “I fear Alicky is the cause of it all and Nicky has been weak…I am in despair.” Alix of Russia was the first of Europe’s four empresses to be toppled from power. Without exception, her fate would be the most tragic of all. But within fifteen months, Dona of Germany and Zita of Austria would be forced from their thrones under strikingly similar circumstances. The age of empires was coming to an end. 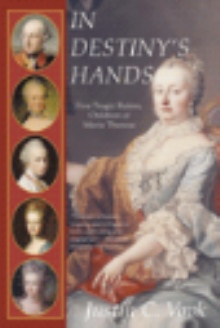 Augusta Victoria, Mary, Alexandra, and Zita were four women who were born to rule. In Imperial Requiem, Justin C. Vovk narrates the epic story of four women who were married to the reigning monarchs of Europe’s last empires during the late nineteenth and early twentieth centuries. Using a diverse array of primary and secondary sources, letters, diary entries, and interviews with descendants, Vovk provides an in-depth look into the lives of four extraordinary women who stayed faithfully at their husbands’ sides throughout the cataclysm of the First World War and the tumultuous years that followed. At the centers of these four great monarchies were Augusta Victoria, Germany’s revered empress whose unwavering commitment to her bombastic husband made her a national icon; Mary, whose Cinderella story and immense personal strength made her the soul of the British monarchy through some of its greatest crises; Alexandra, the ill-fated tsarina who helped topple the Russian monarchy through her ineffective rule; and Zita, the resolute empress of Austria whose story of loss and exile captivated the world’s attention for seven decades. Imperial Requiem shares the fascinating story of four princesses who married for love, graced imperial thrones, and watched as their beloved worlds were torn apart by war, revolution, heartache, and loss.

Justin C. Vovk is the author of In Destiny’s Hands: Five Tragic Rulers, Children of Maria Theresa. He is an independent journalist and historian who resides in Hamilton, Ontario.