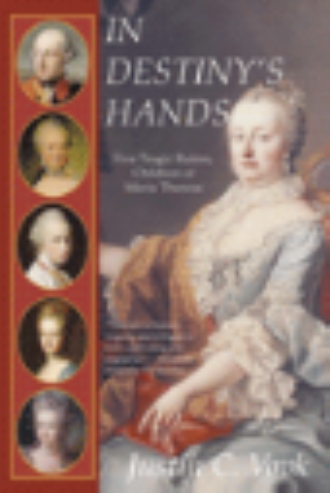 October 16, 1793. Dawn. The night’s deepening cold had slowly given way to an agreeable, misty morning in Paris. Since before dawn, the streets had gradually been filling with excited, bloodthirsty onlookers. In the silence between the hourly bell tolls, chants from the promenades along the Seine could be heard resounding in the morning air. The government was so overwhelmed by the public response that 30,000 troops were brought in to ensure the peace. As incredible as the crowds along the Seine seemed, even more were assembling at the Place de la Révolution to witness the day’s crowning event. Shortly before ten o’clock that morning, the procession began amid shouts of “make way for the Austrian woman” and “long live the Republic!”

Escorted in an open cart like a common criminal, a calm, almost peaceful woman dressed in a white linen gown was moving closer and closer to her ultimate fate. As she awaited her arrival at the scaffold, the thirty-seven-year-old prisoner was utterly alone. Cruel fate had robbed her not only of the man she called her husband for twenty years, but her children too. Her last surviving child, a little girl, had been coldly ripped from her mother’s arms and locked away in a dungeon with her aunt while they waited for their fates to be decided. Who was this woman, and how did she come to know such a life? She was none other than the once innocent and beautiful Queen Marie Antoinette of France, the youngest daughter of the Holy Roman Empress Maria Theresa.

Marie Antoinette was one of the most famous queens in history, but she was also the youngest of a very special group of Maria Theresa’s children. The Empress had sixteen children throughout the course of her life, but only five of them were born to rule. Most of her children did not live extraordinary lives. In fact, most did not live until adulthood. But destiny had a very specific plan, because five of them would be thrust into the spotlight of an entire continent. These Habsburg children would collectively rule over more than half of Europe at the height of their power and would become the most controversial leaders of the eighteenth century, shaping the course of history for generations to come. 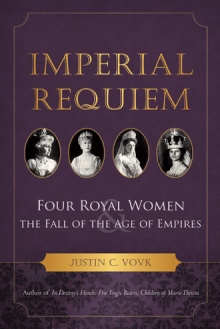 Justin Vovk’s In Destiny’s Hands is the heartbreaking story of five children of Austria’s iconic empress, Maria Theresa, who watched as their royal worlds were ripped apart by tragedy and epic misfortunes. These are the stories of Joseph, whose disastrous reign forced Austria to the brink of civil war; Amalia, the brazen and scandalous duchess who married a boy-prince and died exiled and forgotten; Leopold, Maria Theresa’s unassuming second son, who was the envy of Europe until his tumultuous reign was cut tragically short; Maria Carolina, the very Austrian queen of Naples, who ended her days fighting Napoleon with her dying breath; and Marie Antoinette, the legendary teenage bride, who was hated and reviled as Queen of France and met her ultimate fate on the guillotine, a testimony to her mother’s vain ambition. Painstakingly researched and masterfully crafted, In Destiny’s Hands brings to vivid life the world of the eighteenth century like never before.

“Readers will find many fascinating details in Vovk’s In Destiny’s Hands. Vovk has shed… light on these individuals and provided a much needed new work on Maria Theresa’s progeny.”
—Julia P. Gelardi, author of the critically acclaimed Born to Rule: Five Reigning Consorts, Granddaughters of Queen Victoria and In Triumph’s Wake: Royal Mothers, Tragic Daughters, and the Price They Paid For Glory

“Be prepared for heart break, smiles, and most of all, a roller coaster of enlightenment… you will not be able to it down.”
—David Antunes, M.A., author of Napoleon’s Way: How One Little Man Changed the World

Justin is a critically acclaimed historian whose work is archived in the Library of Congress. He is also an independent journalist and genealogist. He resides in Hamilton, Ontario, with his family.