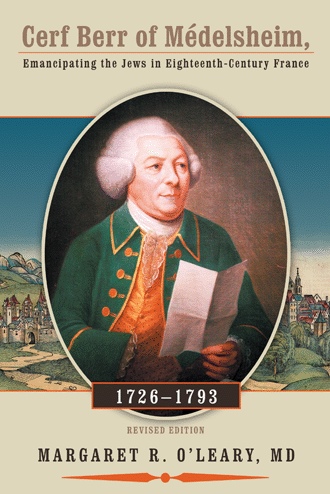 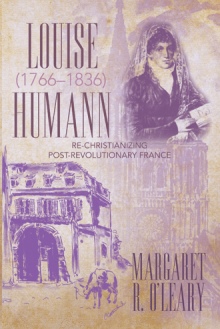 On December 7, 1793, an old man lay motionless at last, surrounded by his family, rabbis, and members of the society who would prepare his body for Jewish burial. Sixteen days after he was sentenced to jail, his family would go to extraordinary efforts to bury him in a Jewish cemetery ordered destroyed by the French government just two weeks earlier. The old man was Cerf Berr of Médelsheim, the tenacious eighteenth-century Ashkenazi emancipator of the French Jews.

Margaret R. O’Leary, MD, presents Cerf Berr’s life story, recognizing his profound contributions to the liberation of the Jews of France. While chronicling his incredible journey, O’Leary not only highlights Cerf Berr’s scrupulous honesty and reliability that earned him the deep appreciation of the French Crown, but also details how he besieged authorities in both Strasbourg and Versailles to grant political, social, and economic equality for all of his coreligionists in France. Cerf Berr achieved that milestone on September 27, 1791, only to die two years later after imprisonment by sadistic French revolutionaries.

Cerf Berr of Médelsheim is the biography of a man who was faithful to his people, sought the good for the community, and cherished justice—all while making a momentous contribution to the history of France and the Jews.

Margaret R. O’Leary, MD, earned her medical degree from the George Washington University School of Medicine and her MBA degree from Benedictine University in Lisle, Illinois. She is the author of many publications that include books on the histories of medicine, science, religion, society, and war. Dr. O’Leary currently resides in Fairway, Kansas.