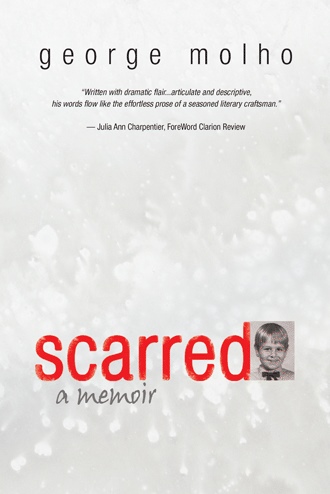 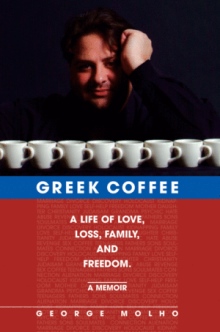 In 1978, seven-year-old George Molho was kidnapped by his own father. For a year, he survived mental and physical abuse to the point of torture. He found it easier to get used to hell than to hope that heaven was around the corner. George eventually escaped, but surviving the aftermath proved to be much more difficult.

This memoir weaves past and present together to connect the pieces of Molho’s childhood and adult life that shaped the man he would become. It explores the adage, “love conquers all,” revealing the inner workings that we all seek to understand. George was lucky to learn how to love from his family before his abduction, before his father’s cruel version of love was inflicted upon his young body and psyche. Later in life, love compels him to divulge all that happened on the mountainside where he left his innocence as a boy.

It’s not about how hard we get hit; it’s about how much we can take and keep moving forward. Scarred is a memoir written by a survivor, intended to empower and embolden all who have suffered, have survived, and are ready to be set free.

“This will be known as the book that set the literary genre of memoir free. Scarred reads like fiction while shattering the facade of make believe … Molho becomes the victor of his past and his triumph is contagious.”

George Molho is a kidnap survivor. He spent fifteen years in the medical community as a consultant before beginning his career as a writer. Molho also speaks publicly on domestic abuse, child abduction, and the healing power of self-reflection. He lives in Houston, Texas.