The Death of Maria Chavarria

One Man's Journey from Doctor to Damnation 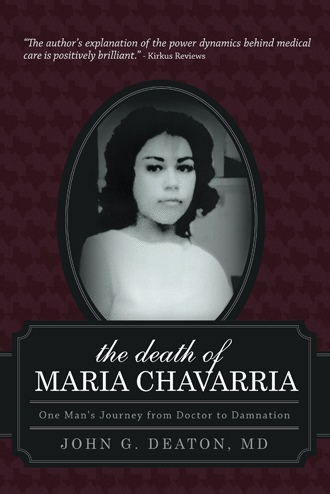 The other person had become critically ill, miraculously recovered, and touched him in a rare exultation. He thought it the most profound event of his life. Seeing her there on Saturday morning proved it, and yet he could not think of the words to express what was bursting his heart into such delicious morsels of joy. She was his poetry, his adjectives, his nouns. She cut the bondages of his exile, releasing him. She was his derring-do, his debonair, his trove of accolades in a place where words coined by others were too blooming laughable to apply. He laughed in joy even as an angel stilled his voice, and he understood in that moment why we have gods, why we must trust in the beyond, why we must leap from the mundane to the exquisite on the sorry crutch of words, rather like reaching for manna from heaven and coming up with a lop-eared jackrabbit instead. Let it gnaw! Let it rise about the plummeting plains to snip at the gnats of the unwavering tedium, that distant facade.

"Dr. Deaton," she said, "I saw you last night! I saw your wife, she is so beautiful! And your little boy? Oh, so cute! You lucky, you have the fine family, you have everything!" 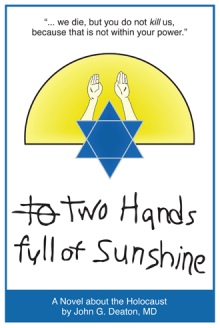 It is 1963 at Memorial Hospital in Corpus Christi, Texas, as young intern John Deaton dashes madly through the corridors. Overwhelmed yet invigorated by his new challenge, Deaton soon realizes that an intern’s life can be exemplary one moment—and hopeless the next. Unfortunately, Deaton has no idea that he is about to witness an event that will change his life forever.

It is a hot summer day when Maria, one of Deaton’s OB/ GYN patients, slips into a coma after mysterious abdominal pain—even after she delivers a healthy baby. Exasperated after repeatedly expressing his concerns for her care to his superiors, Deaton is devastated as he watches his crucially ill patient suffer death by neglect, an unthinkable crime brazenly covered up by those in authority. As Deaton details his early life and hospital events, he highlights a shocking phenomenon present behind the White Curtain that tells a story as powerful as it is important.

This thoughtful, gripping memoir portrays an untold side of the field of medicine and relays an unforgettable message: when a doctor sacrifices everything to save a patient, the doctor is saved too.