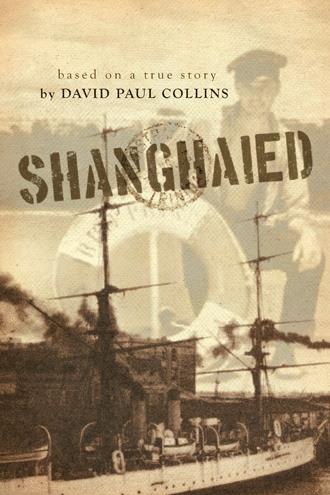 I jumped a little at the sound of the voice and turned toward the man on the next stool. He looked like one of those guys I used to see in the RKO Movietone News about Hitler. From the neck up like an officer: neat, red goatee, big red moustache, and a crew cut. From the neck down, a bum fighter: no shirt, khaki trousers, thick belt, black boots, and all muscle. The tattoo on his arm looked like a seasick mermaid swimming over the waves of his rippling muscles. His eyes darted like yellow bumble bees ready to sting. He scared me.

“Sure, I speak English. I’m Irish.” I looked around the bar but could find no easy way out. I was stuck.

He nodded. “I’m German, Bremerhaven, name’s Fritz. Give the kid a drink,” he ordered. He made no offer to shake my hand, nor I his. “On the beach, kid?”

“Kind of, Mr. Fritz. Look, I have to go, it’s dark out. Those are my pals just coming down the stairs.”

Fritz turned and said, “Guess your pals are leaving, you prob’ly have to go with them, kid. I’m leaving, too, back to my ship. See you later.”

I was glad to see the back of him. He gave me the creeps, but I gratefully tossed down the drink he bought. It tasted bitter.

Hans and Max paused at the foot of the stairs and said something to Fritz in German as he passed on the way to the door. I wondered how they knew each other.

Outside, I felt a little weak. Must have been the foul air in the bar. “Hey, you guys know that German guy at the bar?” I asked.

The way back to the Seaman’s Club would take us under the roofs of the open storage sheds and out of the rain. My German friends insisted they knew a shorter way. The shot of Irish whiskey I snuck out of my schoolbag at the Seaman’s Club plus Lovie’s mixed drinks were making me stagger a bit, but I laughed and said, “Okay, le’s go. Heil.”

Hans got on one side of me, Max on the other, and we stumbled forward arm in arm like pals, singing off-key sea shanties. As we went along, I began to feel a chilly dampness on the back of my neck that didn’t come from the rain.

We careened down the docks and past ships gone quiet since the longshoremen went home.

“Wow, look at the size of that one. Biggest ship I’ve ever seen.”

An enormous, dark hull dwarfed everything in the harbor, and we were headed straight toward it. The ship looked three times the length of a football field. Her name and home port were painted in big, white letters on the stern, but the sheer size made my head swim, and I could not get the wavering letters to come into focus. It looked like her home port was some far-away country.

I turned to ask one of my pals about the ship but stumbled and nearly fell. Max grabbed me by the arm.

“Not walking good, kid. Sit down. I go up the ship’s ladder here, get you some coffee.”

“Coffee?” I had trouble saying the word.

The arm I draped around Hans’s shoulder began to lose its grip. I slid off and grabbed a line on a dock bollard. Max disappeared into the darkness as the world spun faster. The clammy coldness on my neck seeped down through my arms, and I shivered in the humid, ninety-degree heat. Alarm bells grew louder in my head. I knew I was having a dream, and it was spiraling out of control into a nightmare.

“I don’ feel good,” I mumbled to Hans as I slipped off my perch and the dock rose up to smack me in the face. 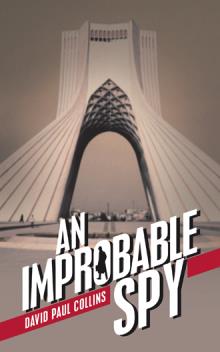 When Jack Sligo runs away from his loving Boston-Irish family, he hopes to get a summer job on a cruise ship. His dream becomes a nightmare when he meets two strangers who give him mysterious drinks in a waterfront saloon.

Jack wakes up, far at sea, shanghaied aboard the African freighter, SS Iron Prince. The ship’s first call is a remote jungle port in Venezuela where there’s plenty of rum, women, and thieves, but no opportunity for escape.