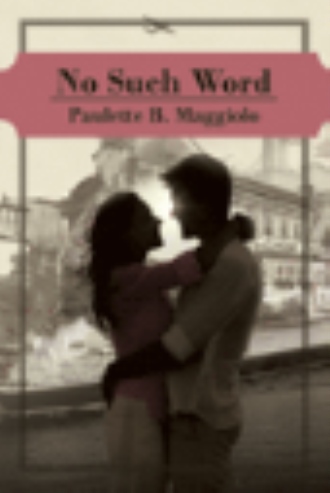 The so-called “phony war” was getting nearer. When it started in Norway and Denmark last April, it was supposed to end within weeks. Instead, in no time, it spread over the Netherlands and through half of France. While at first the French believed the soldiers would soon return to their families, they knew better now. Since the Belgians had refused to expand the Maginot Line, why would Hitler hesitate to invade this very convenient neutral country? Philippe Tourneau lamented, “How could the French government have been so stupidly blind? If only the leaders of the country had paid attention to the predictions of Charles de Gaulle years before. The young officer had foreseen that after nineteen eighteen, future wars would be highly mobile. Paul Renaud had also warned the French generals with alarming reports of German mechanization.” Hindsight did not help. It only convinced the French civilians they were doomed. Hitler’s armies could not be stopped. In this, a would-be-peaceful day in May, death was unreeling inexorably in the direction of Avreville. Brainwashed by fifth-column panic-mongers, some stubborn people still tried to believe the pitiful French army would rally at the Loire River. In the kitchen, Nicole was whimpering, “Mom, you don’t mean it.” “I wish I could make your father see it’s foolish.” Angrily, the girl interrupted her mother, “I can’t believe Dad wants us to leave our house this morning.” Christine closed her book. It was the first time she had heard of her father’s astonishing decision. Madeleine explained, “Your father believes you girls will be safer at his friend’s farm out in the middle of nowhere in the hamlet of Orgenay.” Nicole moaned, “Mom, the Germans are soon going to be all over France. I want to stay here at home. I don’t want to go!” My sentiment exactly, thought Christine, who was frantic with worry and fear. She was certain she was going mad. She’d stop in the middle of a room wondering why she was standing there, what she was looking for, how she’d gotten there. What was it like in places where the Germans had already arrived? What will Avreville be like with the enemy all over town? 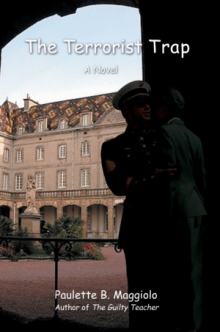 The Terrorist Trap
Paulette B. Maggiolo
$16.95

Beautiful, young, and naïve, Christine Tourneau knows the deprivation, misery, and heartache of living with her family in war-torn occupied France. Ever the romantic, she hastily marries a man whom she has long adored—French underground resistance fighter, André Grassin. When his camp is totally destroyed in a 1944 bombing raid with no apparent survivors, the young 22-year-old widow throws herself into her teaching and welcoming the Americans when they finally arrive.

Falling for an American officer, Brian O’Connell, she follows him to the U.S. as his new bride. Thrilled with the freedoms of her new country, and embracing every opportunity for education and work, Christine endures abuse, lies, betrayal, and abandonment from Brian and others she comes to trust and love.

Believing she is finally a widow again—and released from all prior vows—she finds passion and commitment in the arms of U.S. Intelligence Agent Nick Tarzini, and they build a safe, secure life and family together. But life has one more surprise in store for Christine Tourneau Tarzini, a surprise for which there is No Such Word.

Paulette B. Maggiolo came to the U.S.A. as a French war bride married to an American officer right after World War II. She holds degrees from the University of Caen in France; The Sorbonne, Paris; and from Columbia University in New York (from which she has a Phi Beta Kappa key). Dr. Maggiolo received her Doctorate in Modern Languages from the University of Middlebury, Vermont. Her thesis, “The Myth of the Earth in Colette’s Novels,” was published by the university. Currently a Virginia resident, she has taught thirty years in American public schools as well as several more years in private schools, including a military academy. She often travels outside of the United States. Recently retired from the high school classroom, she continues to teach French privately, do translation work in French and Spanish, and write novels that incorporate many of her own life experiences in the classroom, in a military academy, and in international intrigue. While No Such Word is a work of fiction, the author was able to weave in many autobiographical experiences from her teenage years living in occupied France and her mixed feelings of emancipation and fear adjusting to life in a new country as a war bride, so far away from all she had known and loved. These will ring true as you read the remarkable story of Christine Tourneau. No Such Word is Paulette's third novel, including The Guilty Teacher and The Terrorist Trap. Others are on the way.