The Legacy of the Jewish Community in Ancient China 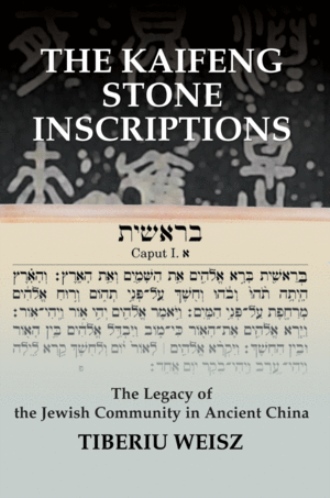 Testimony of the Stone Inscriptions In 1489, and then in 1512 and again in 1663, the Jews of Kaifeng engraved the story of the Kaifeng temple in stone. Researchers often questioned the reason for inscribing these inscriptions, because they contained very little, if any, historical content that would enlighten outsiders to the history of the community. But apparently history was not on the mind of the composers. By the time the inscriptions were engraved, the Kaifeng Jews were isolated for so long that they believed that they were the last surviving Jews under heaven. Therefore, learned members of the community composed the inscriptions to serve a guide to future generations of how to be Israelite. They described the rituals that the Cohaninm performed in the temple, then they reminded the offspring of the various customs, such as not eating pork and some of the laws of kashruth. But, what I found surprising was the reproduction in its entirely of the Eighteen Benedictions in Chinese. Even more puzzling was the lack of mention of the Shema. Only after I juxtaposed the inscriptions with Jewish historical context, I realized that the Kaifeng Jews predated the Shema, a prayer that was adopted during the Mishnaic period (100 BCE- 200 CE). They did not know the Shema, but they knew the Hebrew words of the Priestly Blessing (Birchat Hacohanim) the text of which they reproduced in the inscription in Chinese. Birchat Hacohanim was a prayer commonly recited at the end of the service during the time of the First Temple. 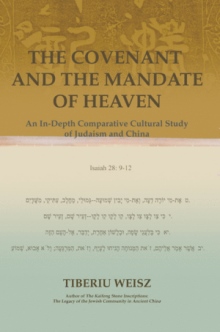 The Covenant and the Mandate of Heaven
Tiberiu Weisz
$25.95

Tiberiu Weisz has over 30 years of business and academic experience in Chinese Studies and in China. He is fluent in Chinese and Hebrew, taught Hebrew History and Chinese Religion at local colleges. He has published articles and translated a book into Chinese. Currently he is teaching advance Chinese. He lives with his wife and family in Minnesota.