The Road At St. Liseau

A Novel of Espionage in World War II 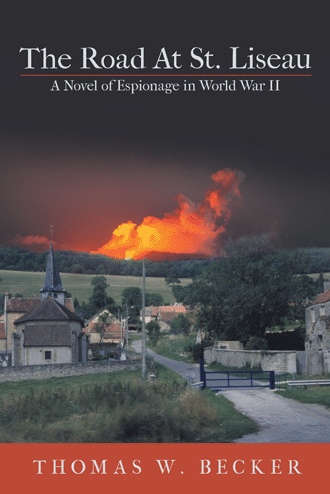 “I know you have a lot on your mind, but I have some bad news I’m afraid. I was told by some of the Maquis to tell you face-to-face. Francois was killed at the barricade. We found him on the other side of the barricade, out in the open; his machine gun was empty. I’m so sorry.

“Also, Mr. X died of his wounds just a few minutes ago, but he managed to give me a message for you. First, he said to tell you his real name is General Georges Pichot of the French army. There’s a price of twenty thousand francs on his head, which is an exorbitant sum of money. If the Germans knew he was here, they would have made an extra special effort to hunt him down and that would have jeopardized the safe house and brought about the execution of the Jardin family. You’ve had a rotten day, Robert; go get some rest, I’ll look after things here.”

“Those miserable bastards – those lousy kraut bastards,” Robert said between clenched teeth. “What a price we’ve had to pay for the freedom of St. Liseau. Surely no village in France has had to pay a higher price.”

A young girl walked up to Robert and tugged at his sleeve. “Este vous Robert?” she asked. “Yes, I am, what is it?” he asked. “The doctor sent me to tell you your wife is awake and calling for you.” Without another word, Robert wheeled around and sprinted back to the medical station.

“Lisa, darling, it’s Robert,” he called, running up to her bed. She was bandaged from her shoulder to her wrist. Lisa turned her head to look at him, “Where have you been, I’ve been calling for you, I was afraid you were killed at the barricade. Did it go well – the battle?”

“We had some help from the air,” he told her, “American fighter planes wiped out the Bosch. The war is over for St. Liseau, but the price has been almost too much to bear and I have some very bad news for all of us. Francois died at the barricade – he was standing out in front of the barricade facing the Bosch by himself in the open. They killed him when his gun ran out of bullets. But there’s more.”

He put his arm around her and pulled her close to him while she shook with grief. “Mr. X was actually General Georges Pichot of the French army,” Robert remarked casually. “He also died at the barricade. There was a price of twenty thousand francs on his head. He withheld his name to protect your family and the safe house, he knew if the Bosch learned he was here they would move heaven and earth to hunt him down, and your family would all be executed. He was a very courageous man.”

With this final grim news, Lisa broke down and flooded her face with tears. Robert held her tightly as she shook with sobs, not just for Francois and Mr. X, but more for the realization she had lost her whole family, and Robert was the only one she had left now – a very high price indeed.

“We will survive these tragedies,” he spoke softly, stroking her hair and kissing her lightly on the mouth. “We will rebuild St. Liseau, and we’ll name all the buildings after those who sacrificed themselves so that we can live on. St. Liseau will rise from the ashes like a giant phoenix, and we will go on just as France will go on. Tomorrow belongs to us, to you and me and the little one, and we’ll call him or her ‘little bird’ just as we all called you, darling. We will build a legacy for the future.” 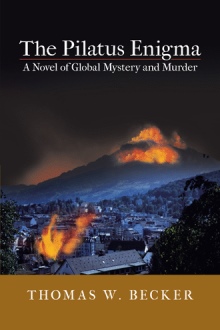 When Army Bombardier Capt. Robert Marsden crashes his B-17 in France during World War II, he doubts he’ll survive.

The Nazis have already occupied the country, but good fortune smiles on him: Lisa Jardin, an attractive nursing student, brings him back to health. At first, he wonders if she’s real or if she’s a figment of his imagination.

Not only is she real— the two fall in love. Marsden joins the French Resistance in the little village of St. Liseau, carrying out sabotage missions against German occupying forces and supplying critical information to allied Supreme Headquarters as it prepares to invade the beaches of Normandy.

But even his brushes with death cannot prepare him for the chain of events that are set into motion when German troops retreat deeper into the French countryside. Fighting for their very lives, the lives of the villagers will be forever changed at The Road at St. Liseau.

Thomas W. Becker is a teacher, author, and photojournalist who traveled throughout the world delivering presentations and gathering material for fourteen books and more than three hundred published articles. He lives in Spring City, Pennsylvania, where he continues to write and deliver public talks on technology.