A Novel of Global Mystery and Murder 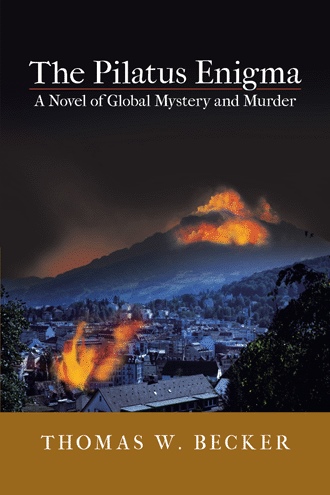 Marc put the key in the ignition and turned it to start the engine. There was a slow groaning noise as the engine tried to start up. It was not the first time Marc had heard the same sound. He immediately turned off the key and shouted out loud.

“Out. . .out, Erika. .,” Marc screamed as loud as he could, “fast, hurry, don’t look back, just run as hard as you can.” They both made about fifty feet or so before the car erupted with a horrendous explosion, spewing billows of black smoke and red-orange f lames. They both were thrown f lat on the ground when the car exploded a second time.

Concussions from the sheer magnitude of the detonations took a sudden and heavy toll on their bodies. Erika’s outer clothes were sheared off her body and she lay on the ground in her underwear. Shrapnel from the exploding car cut into her arms and legs and at the same time blew her shoes away. Marc’s shirt sleeves were stripped from his arms and his pants legs were shredded.

Erika and Marc were unconscious when medical help arrived at the grim scene. Put into two separate ambulances, they were rushed to a London hospital in critical condition. Three tourists were killed in the parking lot along with the destruction of several nearby vehicles. The next day, both were in treatment in the same room and slowly beginning to recuperate, and they were in a state of confusion.

“They tell me you’re a hard pair to kill,” the doctor smiled slightly. “I guess you know you’re lucky to be alive. Twenty feet closer to your car and we’d be picking you up with a wet towel. There’s someone here to see you already.” 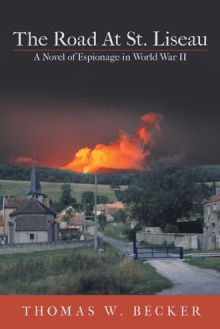 When a painting of Mount Ranier is purchased by young and attractive Erika Stevens, St. Louis police discover a coded message intended for a global gang of thieves and assassins. Police detective Marc Edwards finds himself enmeshed in the gang’s illegal activities covering all of Europe and North America. Protecting Erika from certain murder, and attempting to question her at the same time, the two of them fall in love. Called to London and hired by Scotland Yard, the duo work with Interpol, British MI6 and the American FBI and CIA to bring together the largest group of global law enforcement officers ever assembled. Tracking down the gang and its mysterious leader Mr. Lambert, proves to be an almost impossible task, threatening the lives of law officers and the survival of both Marc and Erika.

Thomas W. Becker is a teacher, author, and photojournalist who traveled throughout the world delivering presentations and gathering material for 15 books and more than three hundred published articles. He lives in Spring City, Pennsylvania, where he continues to write and deliver public talks on technology.