Dagger in the Cup 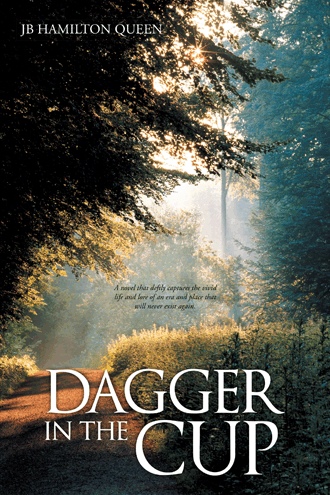 For the next few seconds, the only sound she heard was the repeating echo of the blast through the mountain’s valleys. The bear groaned and fell over, its hind legs jerking with the last beats of its heart. One shot, a miracle for certain. And another miracle that Digger had taken the shotgun to hunt with and not the long rifle. White-faced, Cleo crawled to his feet. “Damned son bitchin’ bear.” He hauled off and kicked the dead animal, dislodging the lard can from the bear’s head. Shug scooted to her mother, took her head into her lap and stroked her face, thanking God she had only fainted. Besides Lily, Stump, Digger and Boo, not much in this world she loved, but she loved her, loved Zola Marie more than she ever thought she had. She felt like crying, but she wouldn’t. “Mama, you hear me?” Zola Marie’s eyes blinked open, then widened. “Stump?” “The bear didn’t touch him, Mama. Didn’t hurt anyone. The bear’s dead.” Shug and Digger exchanged knowing nods. “Digger shot it.” Zola Marie raised a hand to Shug’s sleeve, it ripped almost off. “Never even broke the skin, did it?” “No, Mama, it didn’t.” Shug knew she would have been dead if that claw had struck her neck, only an inch or two higher. Sometimes a person had no choice but to do what they had to do. Cleo picked up his hat and slapped it against his thigh. “Bitch bear’s got cubs suckin’ her. See ‘em tits?” “She’s got one less cub than she had,” Digger said. “How ye know that?” “Found one a few minutes ago fresh dead halfway down the ridge, tore up by something.” “What’d you recon it was, mountain lion?” Shug started to say Possum killed the cub, but Cleo would beat the dog to death if she told. It wasn't hard to figure out that the bear had smelled her cub’s blood on Stump, the blood Possum had gotten on his shirt. He had wanted only a pat, somebody to show him he was loved. And in doing that had almost caused the little boy he loved to be killed. “I seen a wildcat top the ridge yestedy,” Boo said, and spit on the ground. “Panter, too.” Shug dropped her gaze to the one-eyed bear, a wild animal, a mother that loved her cub the same as Zola Marie loves all her children. She had followed the scent of her cub’s blood to avenge its death. And now, because of that love, she was dead. That didn’t seem right. Possum eased around the corner, tail down. He gave the bear a good looking over, scrubbed his tongue over his bloody fur and took off back around the house. Maybe he didn’t know the what for or the how come, but he knew he had done a bad thing. People could say dogs didn’t have any sense all they wanted to, but she knew better. Cleo eyed the kill of two squirrels that hung from the rope around Boo’s waist, then took his hunting knife from the sheaf attached to his belt. He pulled a plug of tobacco from his hip pocket and sliced off a chew, then he pegged the knife into the ground at Digger’s feet. “Git’em skinned so’s we kin git this here bear skinned ‘fore night.” Cleo spat and turned. “Zolie, git up. Git yoresef in the house ‘n put the skillet on. I ain’t had a bite since brekfust.” He looked at Shug. “You git on, too.” Shug set a stare on him as she helped her mother to her feet. If his belly had been full, he’d pay her no mind. Just let her lay there, not caring if she was dead or alive. “Don’t chu be smart-eyein’ me, Shug Yokem.” She held her stare, steady and unblinking, until he turned away. “You all right to walk, Mama?” Zola Marie nodded that she was, but her legs seemed not to have the strength to hold her up. Not that Shug’s were any steadier, not with tremors shaking her like a cold night in January. “Lean on me, Mama.” With forced strength, Shug stood tall, a show to Cleo that she was ever the strongest. Zola Marie patted Shug’s hand and slung an arm over Shug’s shoulder. “Never been so afeared in all my life.” “I know, Mama. I know.” At the closed door, Shug glanced at the claw marks bears had left there in the many years the cabin had remained empty after Cleo, Digger, and Boo left it to go to Georgia. Why had Cleo brought them to this place? Not a soul to be seen for miles around and danger on their doorstep. 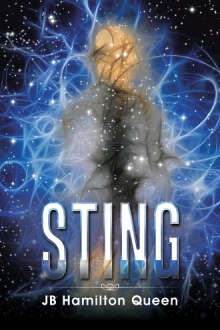 The daughter of a mountain gatherer and healer, sixteen-year-old Shug Yokem knows every sound the mountains make: the creaking of limbs in winter, the prattle of rain in spring, the whisper of summer winds, and the crackle of fall’s sun-dried foliage underfoot. She knows which plants will cure and which will kill.

Until Cleo Sizemore shows up on her and her mother’s doorstep, she has never had an enemy, let alone entertained the idea of killing someone. But now that she has discovered her stepfather’s murderous secret, her life and the lives of her siblings and mother are endangered. A cunning and callous man, Cleo has found a way to keep Shug quiet---fabricating a story that imprisons her behind the barred windows and locked doors of an institution for the epileptic and the feeble-minded. Undaunted, she ingratiates herself with some of the staff and learns what really goes on beyond the doors of the surgery room.

Desperate to return home, she escapes into the unfamiliar mountains of Virginia. There she encounters a mysterious woman who warns Shug, “Na path doth lead home, na ‘til the unwill is undone, an the evil done the two women, righted.” Shug realizes she must return to the institution and find these women before she can go home and save her family. The two women prove to be connected to Shug in ways she could never have imagined.

JB Hamilton Queen grew up in Kentucky and now lives with her husband in Sarasota, Florida. An award-winning author of short stories and memoirs, she has contributed to magazines, such as Nostalgia Digest, Doorways, and Yesterday’s Magazette. She has a deep love for the south, and enjoys bringing her heritage to the page; the beauty of the countryside, the strength of those who live there, and the courage that dwells in their hearts. In addition to Dagger in the Cup, she has written Raincrow, Sweet Gums, Imminent Reprisal, and Masters of the Breed. She enjoys cruising with her husband and friends, target shooting, golf, deep sea fishing, and spending time with family.

Shug Yokem spins a daring tale of a young woman trapped in her mother’s nightmare of a marriage to a cruel stepfather who is out to get Shug with a vengeance. The Blue Ridge Mountain setting lends an air of mysticism juxtaposed a historical account of dark practices in the not so long ago annals of American institutions. Shug is resourceful, determined and brave, a strong protagonist you won’t forget.

Nadja Bernitt, author of Final Grave, a mystery set in the wiles of Idaho.


Former Kentuckian JB Hamilton Queen established a niche in Appalachian storytelling with her novel Raincrow. She returns with Dagger In The Cup, in which the author’s sense of place and the protagonist’s voice evoke the myths, mysteries, and magic of mountain folklore.

Madonna Dries Christensen, author of the memoir In Her Shoes: Step By Step