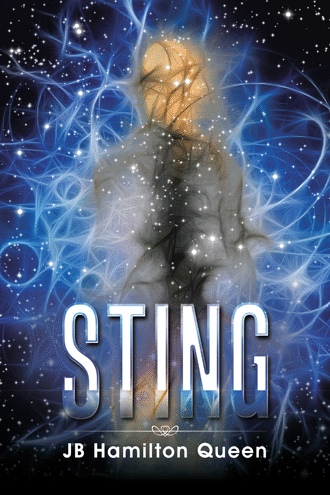 At the window of her office, Margarete looked across the rippled waters of the Gulf of Mexico. Out there beyond the horizon, beyond the curvature of the earth, in countries around the globe, many people were waking up scared and looking over their shoulders because of some anonymous and invisible enemy whose very existence held the ominous power to strip its victim of self-confidence and instill hopelessness. Her awareness that she was not alone and scared at this moment did little to quell her nerves.

Margarete’s cell phone on her desk vibrated, drawing her eyes to the screen. Dallas again. He had begun his onslaught of calls this morning on the way to work. She had the switchboard downstairs block his calls, so other than her mind careening through clues about Brandon’s problem with his breasts and her problem with her psycho ex-boyfriend, she had managed to get enough work done to not feel guilty for accepting a paycheck that included today.

Using her office phone, she called her mother to tell her she would be home around seven-thirty. She had cleared her desk of stray papers and filed them away when Detective McFarland called. He, along with forensics, had been out to her home once more to gather evidence of the intruder. Pleasant enough to begin with, but his finishing remarks, or the tone of his remarks, had struck a sour note. He had bawled her out for throwing the roses the intruder had left in her room in the garbage and him learning about it from her mother. Every shred of evidence was valuable, he had shouted. He must be a freaking Scorpio.

Margarete exited her office building and drove to Take Aim gun range. Contrary to her paranoia, Dallas had not been waiting in the parking lot for her, nor had he followed her there. At the counter, she bought a canvas bag for her gun and supplies, a dozen paper targets, a pair of safety glasses, ear protection gear, gun cleaning supplies, three boxes of ammunition, and a couple spare magazines for her 380. She intended to do a lot of shooting. In order to feel confident in handling her gun, she had to know it inside and out. She had to be able to turn off the safety without even thinking about it, and how to cock it with one swift pull. She may not have that one extra second that could save her life.

The amount of gunfire coming from the shooting range sounded like a full scale battle. She could see the shooters through a large window at the back of the sales area. With the exception of one woman sharing a lane with a man, the shooters in the other lanes were men.

She put on her mandatory ear protection gear before entering the range, then opened the heavy door that allowed her access to the lanes. She halted at lane four and set her gear on the provided counter, spending the next ten minutes preparing to shoot— target on line, magazines loaded. She pushed one into the grip of her .380 Biretta, cocked the gun and looked down the barrel at the paper torso of a man twenty-five yards away. Breath held, and a bead on the target, she pulled the trigger. She didn’t know where the bullet went, as it definitely had not struck anywhere within the target. She made small increments of adjustment to her aim.

After exhausting all three magazines and reloading them, she decided she liked the smell of gun smoke and the power behind each pull of the trigger. Maybe she liked it because it countered the threat of losing her life. Then maybe she had it all wrong. Maybe her life was not in danger, as her mother proposed, that this intruder had no intentions of harming her, and in his very perverted and warped mind only wanted to show his love for her.

She reeled in the paper target, bullet holes spread from head to crotch, neither of which she had been aiming. The target had been twenty-five yards away. The target she intended to shoot would be much, much closer. As she reloaded the magazines, she remembered back to when she used to load them for her father. Her fingers would be sore and she would complain. If only the clock of time could be turned back, to know the value of each moment spent with a loved one, to have a second chance to show them how much they were loved.

She swept up the brass casings scattered over the floor and dumped the casings into the barrel by the door, then loaded her unused ammo, magazines, gun and safety goggles into her gun bag and pushed open the door to the sales area.

She drove home without being followed, so life was good. As soon as she opened the front door with her key, the aroma of garlic and tomatoes woke up her appetite, reminding her that she had forgotten to eat lunch. She dropped her keys into her purse and carried it and her gun bag into the kitchen, where her mother stood at the stove humming and stirring a pot of her famous Italian tomato sauce, totally unaware of Margarete’s presence.

She stood there taking in the scene, a poignant moment to lock in her memory. Not wanting to startle her, she spoke softly, “Hey Mom.”

Hilary turned with a smile. “I was beginning to worry.”

Margarete set her purse and gun bag on the counter and hugged her mother. “I’m famished; what time’s dinner?”

“I got a late start, so I’d say in about thirty minutes.”

“Can I do anything to help?”

Like always, her mother refused help, which in this case, Margarete appreciated. She rushed up stairs to her room, spread a towel on her desk, took out her gun and cleaning supplies and cleaned the Biretta. Matt, the guy at Take Aim, had impressed upon her the necessity of always cleaning her gun after a shoot. A jammed gun could result in loss of life. Although life right now continued to hand her more crap than a double-loaded manure spreader, she had a stupendous desire to live to be an old lady, who one day would sit on the front porch of her home and watch her great, great grandchildren chase lightning bugs.

Her fingers black with gunpowder, she returned the cleaned gun and supplies to her gun bag, undressed and took a hot shower, dressing in black jeans and a black tee shirt. She blew her hair dry and went downstairs to the kitchen, where her mother had set the counter for two, a wine glass at each setting, and a lone candle in the center. Always the romantic. That’s one of the things she loved about her mother; she could turn a simple dinner into a night at the Ritz.

“You look refreshed,” Hilary said, taking a bottle of wine from the fridge and extending it to Margarete. “Would you open this while I get the salads?”

“Sure.” Margarete relished this, the entire picture, a remembrance of times past when the family, mother, father, son, and daughter, shared sit-down dinners and talked of their day and laughed about nothing. Along the way to making money and growing up, life had got in the way.

During the course of dinner, Margarete struggled to keep up her carefree facade.

“Don’t try to snow your mother, Margarete.” Hilary took hold of Margarete’s hand and gave it a squeeze. The reflection of the candle shimmered in the tears in her eyes. “When you hurt, I hurt. When you cry, I cry, although you may not always see my tears. Once a mother, always a mother. Just know that I am always here for you and for Brandon.”

“I know, Mom.” Margarete chocked back a sob. “You always have been.”

Hilary poured the last of the wine into their glasses, took a sip and looked at her watch. “I don’t believe it; almost eleven o’clock.” She rose from her stool and stacked the empty plates.

“I’ll do those, Mom. I’m not sleepy and probably won’t be able to sleep even when I do go to bed.”

Hilary glanced toward the kitchen doorway. “The cameras are back in working order and the password changed. I set the alarm after you went up to shower. Brandon knows the code.” She raised her eyebrows and smiled. “We’ll be safe tonight. 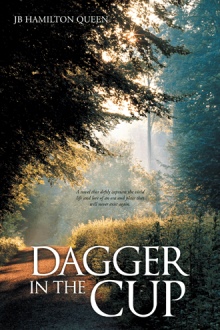 While investigating her father’s suspicious death, Margarete Mathews discovers the two men in her life are far from the people she has believed them to be. The loving and kind Brandon, her eighteen-year-old brother, a once quiet child has become cunning and devious, someone she distrusts and fears.

The other one is Dallas, the man with whom she finds herself falling in love, despite his sometimes bizarre behavior. His entrance into her life comes at the same time she learns she is being stalked. Could the stalker be her father’s killer, the man who brazenly steals into her bedroom at night to bring flowers and leave his mark on her bed. Or could the stalker be Dallas?

After a mysterious phone call reveals she is in grave danger, she realizes she must not only save herself from Dallas, but she must rescue Brandon from what he plans to do, or may have already done. She has no reservation that both men are willing to kill to get what they want. Will it be too late to save her mother and herself?

JB Hamilton Queen won the 2014 Indie Excellence Book Award in the faction category for her novel, Dagger in the Cup. Among her other titles are Raincrow, Sweet Gums, Imminent Reprisal, and Masters of the Breed. She has a deep love of the south and enjoys bringing her heritage to the page. As an award-winning author of short stories and memoirs, she has contributed to magazines, such as Nostalgia Digest, Doorways, and Yesterday’s Magazette. She loves home life in Sarasota with her husband, and enjoys family get-togethers and friends, golf and cruising. Currently, she is researching the Hamilton family history and plans to write a historical fiction.