Look! I Can Fly 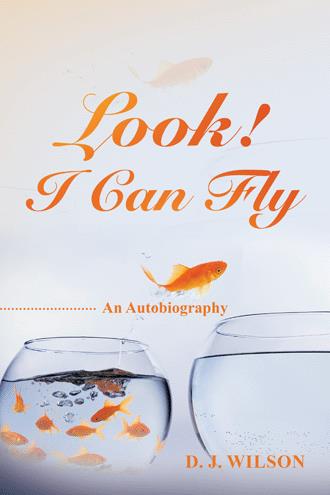 A young woman of color who grew up in the Jim Crow South in the 1960s, faced insurmountable challenges to escape institutionalized racism, bullying, domestic violence, and generational poverty. Empowered by adversity, she persevered, and found a path to freedom. Through her faith in God, she gained wisdom, and found courage to explore non-traditional means to employment which radically changed her life. This book, Look! I Can Fly is part 1 of her autobiography, and it begins the retelling of her life story. Part two continues her journey and adventure as a soldier in the US Army. Also, this book tells how the integration of women into the Regular Army, during her period of service, proved to the naysayers and doubters that women could perform successfully under extreme conditions. Further, in part two of this work, she summoned the courage to write about the dark side of her military service, which included - sexual harassment, and a despicable, vile, and horrific act of violence. Her story continues with how these crimes of moral turpitude thrived deep in the ranks of the world’s most powerful Army. As well as, how the systemic failures of this organization to eradicate and punish crimes against active duty military service women, resulted in her victimization. Also, she tells how these traumatic events impacted her physical and mental health. In part three of her story, she opens up about her decision to leave active military service; and how she struggled with depression, anxiety and Post Traumatic Stress Disorder (PTSD). This book, closes one chapter of her life, as she begins the hard work to build a new existence in an ultramodern city and state. While at the same time, she’s learning how to cope with a past life filled with traumatic events. All this and more will be included in the final book of her autobiography.

Empowered by adversity, she persevered, and overcame a mountain of challenges in her early life. In this book, part one of her Autobiography, she shares difficulties, and traumatic experiences that she encountered, and a few lessons learned, along the way. You will find this book riveting, spine-tingling, and thought-provoking. It will make you laugh, and cry. Poverty, and racial discrimination helped in her decision-making to leave her home, and family to find better living, and working conditions. She never shied away from controversy, or the chance to try something new, or different. Also, her spirit of adventure helped propel her toward her destiny. What woman in her right mind would volunteer to join the United States Military in the midst of an unpopular War? That’s exactly what she did. After graduating from high school, and after, she turned eighteen years old, she enlisted in the Women’s Army Corps of the United States Army. Her godfather didn’t take that decision very well, and she hated disappointing him. But, off she went on the biggest adventure of a life time. Even though, she had no idea of what to expect, she hoped that it would be better than what she left behind. She enlisted at a time when few women were in the ranks of our Nation’s military. That was very brave of her. The military offered an opportunity to learn a skill, travel, earn a living wage, and earn money for college. Also, this was an opportunity to help her family financially. A total win, she thought. After serving six years on active duty, she decided to leave Army Life. With an Honorable Discharge, she headed to the San Francisco Bay Area in California. A place that she dreamed of, for most of her young life. She lived and worked in the Bay Area for more than forty years. It’s her most favorite place to be. City by the Bay, described by many as the “the most beautiful place on earth to live.” In this beautiful environment, she raised a daughter as a single mother in the Bay Area. As a civilian, she managed projects and programs for the Federal Government until retirement. During that period of employment, she worked with people of all ages, races, social-economic background, political leaders, and other members of the pubic. The position gave her the opportunity to express herself in writing, and through public speaking, which she enjoyed very much. Most of all, the job offered travel for work, which often took her to other states, including Hawaii. When her mother was a live, she loved getting phone calls every week from a different location across the United States. Since retirement, she keeps busy volunteering at her church, retirement association, and for nonprofit organizations in the Bay Area. She spends as much time as possible with her family, which includes two beautiful granddaughters. She came from very humble beginnings, and overcame hardships to live life on her own terms. She looks forward to sharing more about her life experiences – the good, and the not so good, with you in future books. If you like fast-paced, real-life drama, you are going to love Book One of her Autobiography.