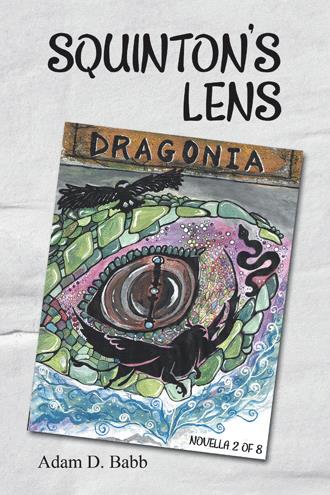 Welcome to the magical land of DRAGONIA. At the end of The Monocle, Squinton is shot forward like a silver bullet toward the unknown kingdom through a glowing orb in the night sky; all while straddling the cold, sharp, feathers of a mystical, crystal-winged gryphon. His first challenge is to enter the unknown land of Dragonia without particular notice. His second is to win the hearts of the citizens of Dragonia with his smarts, his wit and of course, his charm. He is tasked by Twillinger, the current Dragon Lord's official representative, to undergo "Dragon Lord Training". Twillie is a giant red squirrel who dresses in snappy tuxedos, and guides Squinton on a series of challenges in order to become the ultimate sage: "The New Dragon Lord of Dragonia." Dragonia's people have always historically chosen the leader of ancient Dragon Lords. Along with the consultation of the other lords, the goal is to promote equality, positive collaboration and social justice within and between ALL 8 Realms. Will Squinton achieve his goals and succeed in the series of challenges placed before him? Will he earn the ultimate titles of wisdom and fortune?

Adam D. Babb, OCT (Ontario Certified Teacher) has been an Elementary and High School Teacher in the Avon Maitland, Waterloo, Halton, York, Trillium Lakelands, Simcoe and Thames Valley Boards for over 18 years. He has also worked on various educational committees over the years to enhance student learning and engagement in all areas of the Ontario Ministry of Education curriculum with a particular focus on French Immersion, Music and Mathematics. Integration of subjects, daily physical activity, literacy, numeracy and the arts help all students to learn, thrive and survive in our hectic, exciting and competitive lives. Squinton's Lens shares many of these stories from the teacher's perspective. In Novella 1 "The Monocle", the main character of Squinton is based on the experiences of the author as a first year teacher. Adam tells the stories of his teaching career through the lens of Squinton Wolfe, a beginning teacher, whose adventures turn out to be far more challenging and supernatural than he had ever intended. In Novella 2 "Dragonia", Squinton discovers that he is also a Wizard and will soon be tasked with even more responsibilities as his adventures unfold. Adam invites all of his readers to sit back, relax and enjoy the journey, as you see it, through "Squinton's Lens!"