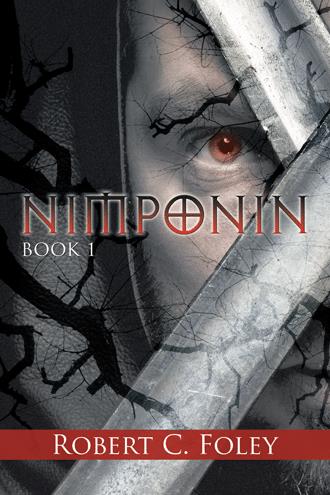 This is a story of consequences that unknowingly took place when the Gods created the universe and how a vile evil from a Dark Realm, infiltrated and manifested itself into our very own world. The evil that now exists, has an overwhelming desire to consume everything that is held sacred and good. The Gods sense this evil and a battle unfolds to destroy it. After millennia of fighting, the Gods realize that they cannot destroy it, so they entrap it in a powerful crystal. Thousands of years later, the children of the Gods who created the heavens, and who also entrapped the vile evil, struggle over the survival of one planet in the vastness of the universe. Corruption, betrayal, deceit, show their ugly faces and bring forth chaos and mayhem, to the world. One man, William James, a direct descendant of a once powerful matriarch, has the ability to bring forth the four elements of Fire, Wind, Water, and Earth, and can also conjure the fifth element of Spirit, an ability that has not been seen for hundreds of years. He is appointed as the Sendoka of the Religion of the Goddesses, and by his side is Samuel Miro, a swordsman who possesses the Chiraka, allowing his swordsmanship skills to be several levels higher than any Master. Like William, Samuel is appointed the Shikakin, and sworn to protect and defend the Sendoka at any cost. The two of them seek out the Gifted, four individuals who like William are imbued with the power of one or more of the elements. Once they are found, they will be trained, and with the help of others they will fight to stop the ongoing spread of evil that is desperately trying to corrupt and change the world. Nova, a beautiful merciless cold-hearted woman who is appointed as the Kaisoshosuko, by the male Gods and instructed in the Dark Scriptures. They command her to raise an Army of the Dark, consisting of cutthroats, murderers, thieves, and the scum of the world, who all pay fealty to the her. They tell her that when she has raised this army, she is to go out and destroy any good that she finds in the world. While her army grows, Nova ventures to the Dark Realm, to be trained by the Twins Mae and Mia. Her training complete, she is able to manifest rifts between the two realms and is now able to bring forth the Sutaraukaji and Chizobutsu, evil creatures and beasts from the Dark Realm. As her army continues to grow, Nova searches for her “Chosen”, women who can be taught to weld the Dark Arts like herself, and to do her bidding. The ultimate battle between Good and Evil slowly unfolds, and as one cannot exist without the other, treachery, murder, betrayal, lust, and debauchery are a few of the many things that begin to plunge the planet of Chikyu into total darkness, and possibly destroy all of mankind.

Born and raised in the Greater New England area. Joined the service, and traveled throughout the Far East. Returned to New England, traveled up and down the East Coast. Live in New England with my wife and son. Nimponin.com