What happens to Earth without a successful Revolution against Capitalism? 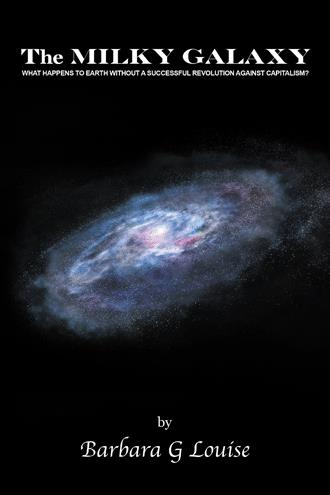 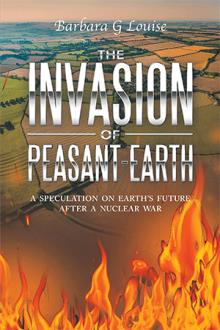 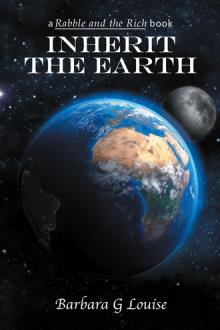 The Milky (nurturing) Galaxy is a combination of two related novellas set in the same small, unregarded corner of the multiverse. In the first novella, in the 24th century, the Earth is ruined. Bio-diversity is gone. What is left is foul air, poisoned soil, filthy water, and a greatly reduced population of Humans struggling to survive in the dystopian environment. The wondrous beauty of a living globe more than four billion years old perfectly suited to support millions of diverse species is no more. Only the Rich live comfortably in geodesic domes five miles high which selfishly preserve some of the former glorious wonder, the clean air, water, and healthy food of the now collapsing Earthly biosphere. In the fragmented slums between the Domes, descendents of the former Working Class — whose livelihoods were usurped by robots mid-21st century — cling to a precarious secret existence in old buildings sealed against the raw, polluted, unfiltered air and water of ruined Earth. Living in peace with the ultra-privileged Dome dwellers, except as slaves whose lives would be worth nothing, is clearly impossible. Large, green, ameboid Aliens come to Earth and take away members of the former Working Class to settle them on healthy planets elsewhere in the Galaxy. The Aliens accidently leave an Alien child behind. Zee (the ameboid Aliens have only one gender) struggles to survive outside the Domes and find a way to Reproduce, to save hir memories for the future of hir species. In the second novella, a wastrel young man belonging to a Rich Dome family is sent against his will by his authoritarian father out into space to find a suitable, un-ruined planet where the Rich Families of Earth can transfer their “civilization:” their food animals, their enslaved women, and their capitalist economy. Past the worm-hole in the alpha Centauri star-system, the young man finds a thriving Anarkhist society of Human beings — living with green, ameboid aliens and others — inhabiting a star system with three suns. To his surprise, he falls in love with a free-Human female; and yet he still intends to conquer the planet and bring to it the “blessings” of Capitalism, because it will make him a Rich Earthman. Disaster ensues.

Barbara G Louise, born Barbara Louise Whittum, is a Registered Medical Technologist who has been reading science-fiction almost exclusively since the summer of 1953, when one day her father told her to stay out of his closet. A naturally curious nine-year-old, she took the next opportunity — when her father was at work and her mother was busy in the kitchen downstairs, — to sneak into the closet in her parents’ bedroom to find out why she was supposed to stay out. On his side of the closet, in the back, stacked neatly against the wall, she found a tall pile of science-fiction paperbacks. She “borrowed” them one at a time and read them with a flashlight under her covers at night. Thus she discovered that wonderful sense of wonder so typical of what Judith Merrill called “speculative-fiction.” No doubt the diminished oxygen under those bedclothes kept her from realizing that her developing a passion for reading SF was obviously her father’s intent. Barbara once blamed her father — not for introducing her to science-fiction — but for giving her such a comfortable, affluent growing-up that, as an adult, she found it difficult to understand the lives of other human beings who were not so privileged. He refused to apologize for giving her a happy childhood filled with family love. In early middle age, she moved to NYC and became a member of 1199SEIU, the National HealthCare-Workers Union. At the time this book was published, Barbara was retired and living happily in Cleveland Heights, Ohio with her same-gender partner of over thirty years, still reading, almost exclusively, little else than science-fiction.