THE CLEANSING POWER OF FORGIVENESS

ESCAPING BONDAGE AND ROOTS OF BITTERNESS 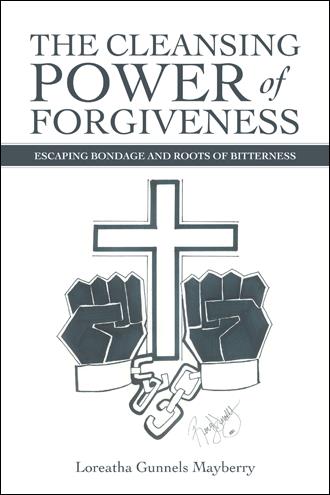 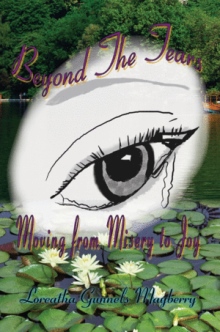 Beyond The Tears
Loreatha Gunnels Mayberry
$9.95

There are many facets of forgiveness. With this book, I pray it will give the understanding that unforgiveness can and will hide. The person will think they have forgiven; however, they are only tolerating their offender. I want it understood that we must forgive. Although we sometimes struggle with forgiveness, when we understand God’s love and His continuous forgiveness then we will forgive sooner. If we do not forgive, God will not forgive us. In addition, to hold a grudge brings hatred and bitterness. These infirmities can bring illness and even death. When we forgive, we become a free person with peace and joy.

Loreatha Gunnels-Mayberry was born in Morrilton, Conway County, Arkansas. She is one of ten children of Matthew and Minnie Blackmon Gunnels, natives of South Carolina. Mr. Gunnels was a sharecropper, sawmill laborer, and railroad worker. In her teens she moved to Kansas City, Missouri and then later to Omaha, Nebraska, where she worked and attended school. She graduated from the University of Nebraska at Omaha in 1979 with a degree in criminal justice. While working on her master’s degree in 1991, she received a higher calling. Loreatha answered the call of the Holy Spirit and became an ordained minister in 1996. Loreatha is founder and executive director of Setting the Captives Free, an organization that is designed to rescue, restore, and release women and their children back into the community. God gave her grace in deliverance, healing the deaf, and healing of joints and bones. God gave Loreatha the name Bethesda Worship and Deliverance Center. On November 1, 2008, Loreatha and her wonderful husband, Melvin Mayberry, who assists her in both endeavors, planted a church in Omaha, Nebraska, using the name that God had revealed to her. The mother of five adult children, she currently ministers to the women at the Women’s Correctional Center in York, Nebraska, in addition to speaking at various churches. She is also a part of other community organizations including North Omaha Village. **In 2007, Loreatha published her first book, a biographical sketch of her life from childhood through adulthood—Beyond the Tears: From Misery to Joy. She published her second book, Holy Spirit, The Deliverer, to assist individuals of all ages in their quest for spiritual freedom by showing them how lives can be changed positively through ministering the way to receive deliverance and remain free of the demons that plague our lives. It is her hope that this book, The Cleansing Power of Forgiveness, will give the understanding that unforgiveness can and will hide. LOREATHA GUNNELS MAYBERRY (Biography) Loreatha Gunnels Mayberry was born January 12, 1943, Morrilton, Conway County, Arkansas (Morrilton is about 48 miles west of the capital city of Little Rock, Arkansas). She was one of ten children of Matthew and Minnie Blackmon Gunnels, natives of South Carolina. Mr. Gunnels was a sharecropper, sawmill laborer and railroad worker. Mr. Gunnels passed away in 1949 before Loreatha started to school. Loreatha attended Sarah Clark Elementary School and L.W. Sullivan High School in Morrilton, Arkansas through 8th grade. She, Loreatha, married at age 16. She and her husband became parents of Gary Lynn before they moved to Kansas City in 1961. She moved to Omaha, Nebraska in July, 1961 where she worked at Tip Top Products factory for twelve years while raising a family of five children. Loreatha became the mother of four additional children: Vickie, Artez, Reginald and Kimberly Young. After she was laid off from Tip Top Products, she returned to school to finish her high school education and gained the impetus to go further. She enrolled at the University of Nebraska at Omaha in 1976. She attended year-round and graduated early in December 1979 with a degree in Criminal Justice. During the time Loreatha was attending college she suffered major losses. Her mother died on December 5, 1976. The school made arrangements for her to make up exams that she would miss while she was at home with her family. She completed 12 hours toward a master’s degree in Public Administration while she was employed in Security at the University. Three security jobs followed the UNO employment: Douglas County Correction Center, Omaha Correctional Center East Omaha Facility and Omaha Public Power District. Loreatha received a higher calling. She answered the call of the Holy Spirit in 1991 and was ordained as an Evangelist in 1996. 1996 was an incredible year for Loreatha. In February of that year, she heard from The Lord that she would later be ‘called’ to Pastor a church. She specifically remembers that encounter being at 5:30 p.m. because it was an audible voice from God. Loreatha founded an organization in 1999 called, “Setting the Captives Free.” The purposes of Setting the Captives Free are to provide services to men and women while they are incarcerated and to provide services to men and women after they are released from incarceration. Such services shall include assisting them in obtaining adequate housing, teaching them parenting skills; teaching them life skills; and helping them to secure gainful employment. She serves as Chief Executive Officer of STCF. Also in 1999, Loreatha became an Apostle of Jesus Christ ‘called’ by God. Loreatha is assisted in her endeavors by her current spouse, Melvin Mayberry, who assists in her pastoral duties and with Setting the Captives Free. She is a member of North Omaha Village Organization and works with other community organizations. After her preparation to move into the calling, Loreatha was given a name by God: Bethesda Worship and Deliverance Center. On November 1, 2008, Loreatha and her husband, Melvin Mayberry, planted a church in Omaha, using the name that God gave her. Bethesda met in the basement of their home for one year and later rented space at World Fellowship Christian Center. As the church grew, they moved to their own space at 7012 Maple Street where they currently serve. Most recently the church held its first Women’s Retreat and Annual Prayer Breakfast. Loreatha authored her first book, “Beyond the Tears” in 2007. Her second book, “Holy Spirit, the Deliverer” was published in 2014 and the goal of this book is to be published in 2021 as she continues to grow her church.