Once Upon a Time in Yorkville

From New York City to Hollywood - A Memoir 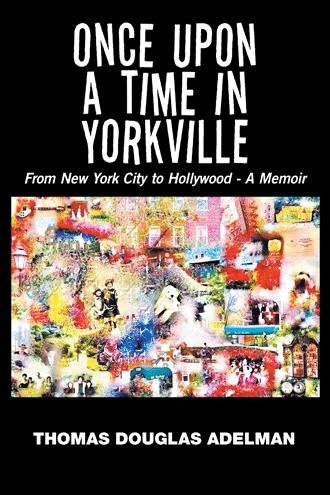 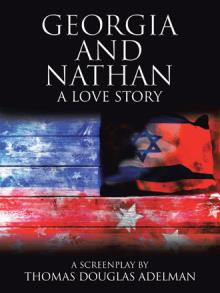 Thomas Douglas Adelman looks back at an eventful life in this engaging memoir about growing up in a Jewish family and becoming a successful producer and director. Born in 1954, he grew up on the Upper East Side of New York City in an upper-middle-class family with the normal dysfunction that you find in all families. Notably, his family was Jewish but celebrated Christmas—although he never could figure out why. His father was a businessman passionate about politics, and his mother was an actress in the forties. When they met, it was love at first sight. The author looks back at his adventures growing up, including being thrown out of private schools as a boy and rubbing elbows with notable people. He also looks back at how he made his way into the entertainment industry, producing, directing, and working on numerous films and projects and ultimately launching his own company. Join the author as he looks back at his childhood, adult life, and his rise to the top of the entertainment industry.

Adelman began as the senior producer and director for New York’s Group W Cable. During his tenure at GWC, Adelman won ten ACE Awards and numerous medals at international film festivals such as the (Houston International Film Festival). He was also nominated for an Emmy Award for directing a classical music performance series in collaboration with the Juilliard School. Off that success, Adelman became a senior line producer and director for Delilah Films, working on such illustrious music films as Taylor Hackford’s HAIL HAIL ROCK N ROLL WITH KEITH RICHARDS, A ROCKABILLY SESSION STARRING GEORGE HARRISON, ERIC CLAPTON, CARL PERKINS AND RINGO STAR and Roy Orbison’s BLACK & WHITE NIGHT STARRING ROY ORBISON, BRUCE SPRINGSTEEN, ELVIS COSTELLO AND TOM WAITS. He also directed A REGGAE SESSION for Cinemax and HBO, which was filmed entirely on the island of Jamaica. In the mid 90s, Adelman stepped into the role of President of Production for Cineville, overseeing the development and production of over ten award-winning independent films. Proving himself as a film producer, Adelman left Cineville in the late 90s to work as an independent producer in Film and TV. Adelman worked on films such as MURDER IN THE FIRST and THE USUAL SUSPECTS. He worked on other numerous projects throughout the years, championing quality storytelling at studios and networks such as Paramount, ABC, Spyglass Entertainment, USA Network, Cinemax, and many others. Among his achievements was FOCUS for Paramount Classics, which Adelman helped develop alongside Arthur Miller to bring his classic novel to the silver screen. In 2002, Adelman settled down as senior vice president of feature production at Handmade Films. He oversaw the development and production of their entire slate, which included the award-winning films ELOISE AT THE PLAZA and ELOISE AT CHRISTMASTIME starring Dame Julie Andrews. AND, PLANET 51 WHICH STARRED DWAYNE JOHNSON, GARY OLDMAN, JESSICA BIEL AND OTHERS. Most recently, Adelman launched his own development, packaging and financing company called TDA Pictures. Adelman has also produced two original comic books and is currently working on a coffee table original graphic novel, based on his original screenplay, “Georgia and Nathan”, which takes a contemporary look at the Holocaust through the eyes of a southern family who have secret skeletons in the closet. In the fall of 2016 Mr. Adelman joined Cineville International as President of Motion Picture Production. A graduate of New York University’s School of the Arts. Mr. Adelman has co-authored a book about the making of the Taylor Hackford film “Hail Hail Rock ‘N Roll: Chuck Berry” which was published in March of 2019. Adelman is a member of the Producer’s Guild of America and resides in Los Angeles, CA, with his golden doodle, Beau Jessie Winston.