Those Who Made a Difference 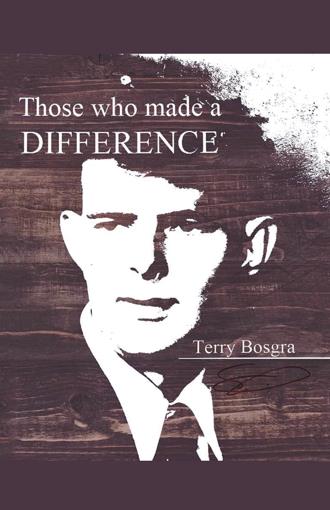 Some people live a life that touch only a few, while others have an impact that reverberates throughout the world for decades and even centuries. Those Who Made a Difference features inspiring stories about extraordinary people. While there are plenty of villains who’ve had an impact, the author focuses on those who left the world a better place. The individuals highlighted include: Dwight L. Moody, who started an evangelism school that became so popular that even President Abraham Lincoln attended. His growing ministry became a church: Moody Church, which the author attended while on a business trip. Alexei A. Navalny, who has waged a courageous campaign to replace Russian President Vladimir Putin, who has done all he can to disgrace and hurt him. Ben Carson, who became the youngest chief of pediatric neurosurgery in the United States at age 33. He prayed before every operation and received more than sixty honorary doctorate degrees. The book features scores of others, too, such as William Farel, Mikhail Gorbachev, Norman Rockwell, Jan Hus, John Calvin, Gary Rose, Jimmy Doolittle, Mary K. Beard, and many others, showing how ordinary people with a purpose can—and will—make a difference.

Terry Bosgra was born in The Kingdom of the Netherlands in 1935 and grew up in a family of 7 siblings during the cold winters when Germany occupied most of Europe and every family had to live on ration cards. For our parents it was not an easy time, but children are resilient and we came through it with no scars. There were no toy stores, meaning we became innovative and made our own from scraps we found in the fields or rummage through the trash heaps of the soldiers, we always found treasures there. The soldiers were everywhere, but many families lived in the country and were willing to take in an extra child. Due to the fact that communication and news-media was outlawed during WW-II, much of the details, such as the concentration camps, were not known, only heard rumors. Then in 1945 General Eisenhower opened all the camps to the media, saying: “I want film crews, reporters, and all media to go in first, and document these atrocities so that none of this can be denied later.” In Amsterdam the Jewish parents were concerned with the seriously increasing dangers; Soldiers were always on the lookout for Jewish children who were destined for Hitler and his bloodthirsty minions, eager to find more Jews to fill the trains that were headed for Auschwitz, Dachau, Buchenwald, and any of the 1000+ concentration Camps. At the trial of Nuremberg it was clear that there were many guilty besides the key Gestapo leaders; but few had been willing to stand up to the evil Reich, all in fear of their own safety, the guilt rests on all of Europe, No one man can murder 6 million+ Jews. At that time, children, as well as the parents, lived with a fear, (not of the soldiers), but more so of the traitors among us, eager to please the enemy, People in this book such as Corry ten Boom, Anne Frank, and many others became victims of such traitors. After WW-II, I joined the Marine Corps during the Korea War but as the conflict was winding down in Korea, and in the South Pacific; we were temporarily parked in the West Indies of the coast of Venezuela. Actually not a bad place to serve for 3 years, I was planning to discharge there and move to Nicaragua, but dad called: (mom had MS), and said: If u want to see mom, before she die, u better head for home. I did, see mom, and went to work driving small tours through Europe. Then tried to move to the US, but could not get in, due to an over subscribed quota, so moved to New Zealand. There fulfilled my lifetime dream of becoming a pilot, went to flight-school and got a license; Found, and married Pamela there, who became my life partner. (now longer then 60 years), We moved to California, and later to Honolulu; tried working at Pan-Am but needed more flight hours so went to work in finance; there built my own financial business with great success, after 45 years sold it, and retired at age 70; then went to work with my friend Hal in Geneva doing humanitarian relief work. Got active in politics and am still running a daily commentary by internet running in about 60 – 80 countries. Hal (my amazing Partner) recently died. Wrote my first book “Abortion the Bible & the Church” then tried this book; “Those who made a difference”. Every person who is a subject here has been an inspiration to me, and I hope they are to u. This book, (same as the first one), is not intended to make money but is made available at no profit to me, and is intended to inspire, and make every reader live a better life. Terry Bosgra