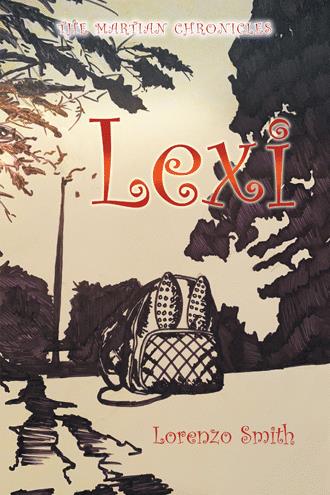 “Lexi! I think you have company around the house!” I yelled as I started searching the house for her. I find her in Satan's room. I cracked open the door to see Lexi pacing in front of Satan who was sitting on his bed, looking down with his hands on his head. He was a brutish looking demon with one and a half horns, I think it broke during one of the great wars. His skin looked, and was, harder than steel and it was a bright orange. He was wearing sweatpants and a tank top, so I knew he was in the house all day. A vein was popping out of his forehead and he was gritting his teeth, probably trying to hold back from yelling at his daughter. “-Wouldn't have this problem if you would just kill everyone that opposed you!” Lexi was angrier than when I last saw her. “I keep trying to explain to you, politics isn't that simple! I must keep Hell in check. There are rules I have to follow!” Satan retorted. “Some rules are meant to be broken!” She snapped. “Or maybe just bent.” I added. “Stay out of this!” They yelled in unison. “Fine, I'm going to raid the fridge. Like father, like daughter” I grumbled, upset they ganged up on me like that. I grabbed one of Hell’s most common sodas and sat down on the floor outside the room. “Why can't you call my father?” She continued to press her argument. I cracked open the can and took a sip. “Because he doesn’t want to be here, that's why he left in the first place!” Satan snapped; he always felt some type of way when she brings him up. Lexi was raised by Satan, but a mysterious demon told her a father she never knew was out there somewhere. Lexi’s eyes widened, then her hands turned black as they started brimming with power. I put the soda can down, stood up, and said, “Whoa! I think this conversation is done.” I intervened to make sure this does not become a father daughter beatdown. Satan realized he was harsh on her, but she stormed out just as he was about to speak. “I just want her to be happy, is that too much to ask?” He asked rhetorically. “It is, if you don't tell her the mystery behind her birth.” I answered his question. “You know why I can't, you were there that day!” “Yea, but only because of time travel. If we did not hide that ability, then she probably would have figured it out by now.” I pointed out. “Yea, she was very precise and prepared for everything.” “How long do you think you can hide it from her?” I asked, picking my beverage back up. “You mean we?” He made a face at me. “No, none of this has anything to do with me. This is on you two, and if I feel like she is close, I'm telling her everything.” I said, planning a few steps ahead. “You know what will happen if she finds out, we don't need that happening again! Promise me you won't tell her.” His statement sounded more like a demand than a plea. “I hate not telling her how I met her, it stays on my mind every time I'm around her. How do you know I can hold it in long enough?” I challenged how far he was willing to go. “Because she doesn't know how your mom died! That is my insurance.” He let it roll off his tongue ever so confidently. I created lightning arrows and pointed them at him. “Don't you dare bring that up! You know if she finds out, she won't be able to live like she is now.” My eyes were full of hate and anger, even Satan knew I was serious. “Well then make sure she doesn't find out!” He ordered me, unphased by my threat. I do not like listening to him, but he is right. If Lexi is to be happy, she can never learn the truth about her birthday. I break a window with an arrow and walked out. I need to talk to Lexi. I walked in her old room and she was sitting in the window with one leg hanging out, staring at the lake of fire. “Are you ok?” I grabbed her hair and started playing with it. “I wish you knew so you could tell me, but you were on Mars at the time.” She laid her head on my hand. I sighed and wished I didn’t have to lie.

As the demon king election gets underway, Torches’ juggle to be a good husband and father while keeping his secrets becomes harder once someone from Lexi’s past is freed. Now he must fight to protect the happy home they created together and figure out how to defeat the very person Lexi is searching for. Emotions run high as their son, Ezekiel, no longer sees his father as the noble man he believed him to be and Lexi begins to feel betrayed by the man she thought she knew. Torches must keep it together as his world falls apart around him.

One of many seeking out to fulfil dreams beyond imagination, Lorenzo is a man with a mindset fully set on becoming the best he can be while inspiring others along the way. Story after another, constantly using words often attracting those without pictures. Every character and event within this work of art is driven by a passionate soul. Lorenzo lives with a substantial amount of dedication towards writing various stories to entertain and inspire generations now and in the future.