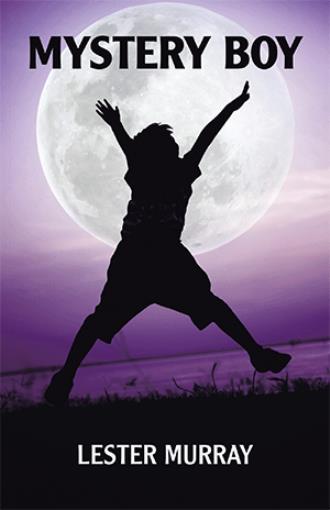 Within the pages of this book comes to life a remarkable young fellow who has all the characteristics every boy and girl, every mother and father, every teacher would love to see in every child. Who is this boy who is found in the middle of nowhere, with no talking ability, no knowledge of anything, who suddenly comes to life inspiring everyone with whom he comes into contact? He is both loveable, and extremely dangerous, if he needs to be. He is courageous, but emotional, strong, but weak. He is likeable – just like most children in this world. He is a young fellow, always moving forward, but he is as vulnerable as a newborn puppy or kitten. He’s just a kid, but a kid almost every kid in the world could either aspire to, or wish he was your best friend! I hope you’ll look forward to reading this book, and the sequel, which is even more inspiring than this, yet the sequel cannot come unless you read and know this book!

I’ve been around a few days. I spent the bulk of my years teaching and working with children. I’ve been retired from teaching. Then, my son-in-law suggested I start doing substitute work in his district. I’ve been doing that for three years now, and I love being with the children. And apparently the kids and the school district personnel love having me around, too. My life didn’t start off very easy at all. My real Dad left before I was two years old. Then grandma died who was taking care of my older brother and me while my mother worked long hours for the government. With no one to take care of us, my mom had to put us in a real orphanage. My memory began at the age of two and a half because of all the terrible things that occurred there – things you read about in magazines, newspapers, and books. The record is imbedded in my memory. I almost died there when the orphanage officials shoved us into a room with some very sick children. When I recovered after a month of being in that place, matters got even worst. My mother had remarried, and the man she married, saw my brother and me as imposers, so we often were beaten severely. My first terrible beating came at Christmas time – many terrible whacks with a belt, having just turned five years old. I grew up with that the rest of my childhood life, and when I was seventeen, having just started college, I decided to become a teacher, and to try to stop any abuse I could when I could. How? by letting children know that someone else cared besides a parent or grandparents. I was miserable at helping kids at first because of all the abuse I went through, but I slowly learned the process, and as time passed, kids wanted me to tell them stories when they had finished their work in my classes. Now I’m in my early seventies, still subbing, and kids wanting me to be with them every day. I can’t because of my retirement regulations, but every day I can be there to encourage, inspire, lift them up, and challenge kids, I’ll be there – telling my stories, and especially letting them know how much someone else cares. When I couldn’t start this school year because I fell and broke my hip. Then two weeks after I got out of the hospital, I was recovering at home. Something from within inspired me telling me to write a book – this book! And the unique thing about this whole matter was that I was actually living this story of the ‘Mystery Boy’ as if I were an invisible person observing and experiencing everything as it happened to that young fellow. One scene after another, one experience after another, and I was there, invisible, untouchable, recording step by step the whole progress of that remarkable story. So, that’s what I present to you – this wonderful, mysterious, exciting young fellow who has all the best qualities I see in the precious children I meet and work with as often as I can.