Institutional Transformations in an American City following a Natural Disaster

by Editor Michael A. Cowan 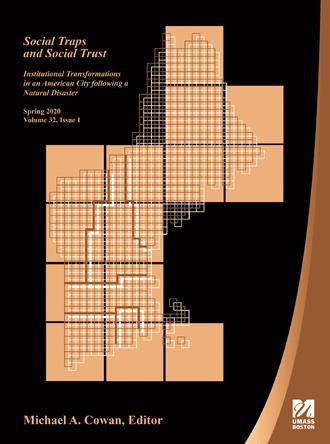 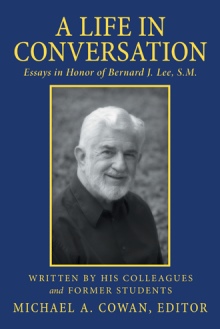 The articles in this special issue of the New England Journal of Public Policy are unusual in two respects. First, they reflect the practical wisdom of seasoned actors, rather than the theoretical knowledge of academicians. The typically unexamined assumption of the academy is that good practice in the world is simply the application of sound theory from the academy. It does not take long in the public arena, however, to discover that leaders there are not applying theory from the academy to the decisions they face. Rather, they base their interventions on what they have learned about people, organizations, conflict, race, and politics in the rough and tumble of living in the world. Their working understandings may be valuably leavened by theory, but are not guided primarily by it. Second, the authors were not separate individuals working on isolated issues, like children engaged in parallel play, but rather partners in a fluid, informal, collaborative social action network operating in an environment of constantly shifting challenges and possibilities for change. The authors are not a collection of “Is”; they are a “we.” They decided pragmatically to connect their power—their political and financial and social capital—at critical moments to accomplish shared goals. The network grew more powerful in the process, becoming more than the sum of its organizational parts. This volume is ours, as was the collective action out of which it emerged. Like a choir’s songs, its articles give voice to a group’s experiences. Each is a part of a larger whole. Whenever I speak about how Hurricane Katrina changed New Orleans, an audience member invariably asks: “Would the changes you described have occurred without a hurricane?” The simple answer is “no,” but a fuller response is required to do justice to the situation: Nature can create temporary vacuums but it cannot fill them. The coalition-led public meetings, action campaigns, election fights, and legislative lobbying recounted here, and the transformations they caused, might not have happened in the wake of the great storm. But they did. In these pages you will meet some of those whose practical wisdom, courage and integrity drove those changes.

Michael A. Cowan founded Common Good, a social action network of civic and religious leaders, after Hurricane Katrina devastated New Orleans in August 2005. In the ensuing years, Common Good has been a leading organization in effective city-wide efforts to challenge corruption and waste in city government and reform the local criminal justice system. He is professor emeritus in Loyola University New Orleans, and Senior Fellow in the Centre for the Resolution of Intractable Conflict and Research Affiliate in the Centre for the Study of Social Cohesion, both in the University of Oxford.